One family connects with Chinese culture

In our family, the connection to Chinese culture amounted to my husband’s nostalgia for the Chinese food he ate as a child, his occasional quoting of The Art of War and our 8-yearold son imitating martial arts seen on television. Chinese immigrants were crucial in the development of the Pacific Northwest—digging coal mines, canning salmon harvests and building railroads. We jumped aboard the Amtrak Cascades line to explore the under-represented Chinese cultural heritage. We arrived in Seattle and headed to Hotel Vintage, a stylish-yet-family-friendly property less than a mile from the Chinatown-International District. We set off on foot, and once past the red and gold Chinese gate on South King Street, we strolled by shops offering teas and medicinal herbs before reaching Harbor City Restaurant, known for its dim sum. Roasted Peking duck hung in its storefront window oven, glistening. Inside, the humidity level rose, coupled with the aroma of jasmine tea, steaming noodles and broths of chicken, pork, ginger, garlic and scallion.

Several Chinese families occupied the dining room. My husband, a chef of Norwegian descent, ordered for us the dishes he reveres as the ultimate comfort food of his childhood in San Francisco— steamed pork buns, shrimp egg foo young and, the most nostalgic of them all, chicken feet. The steamed buns were like tiny, soft pillows enveloping rich pork. The foo young, essentially a Chinese omelette, was done perfectly, with bean sprouts, bamboo shoots, sliced cabbage and spring onions still crunchy inside.

I’d never had chicken feet. A half dozen arrived, deep fried, steamed and stewed, which transformed them into a surprisingly soft and delicious—albeit bony—snack coated with a reddish-brown soy and bean sauce. At the next table, a Chinese man in a black silk baseball-style zip front jacket was also wearing a stern expression until he watched my son attempt to pick up the chicken feet with chopsticks. Then, he ordered some. “There’s a run on chicken feet,” my husband said.

After, we came upon the Seattle Kung Fu Club martial arts equipment shop, where my son wielded a sword and a bo staff before we guided him toward soft-foam training nunchucks. A few yards away at Hing Hay Park, “Park for Pleasurable Gatherings,” he leapt off the terraced steps of the ornate, red-columned Grand Pavilion, flailing the training weapon with a convincing spirit.

We were destined for the Wing Luke Museum of the Asian Pacific American Experience. On the way, we heard drumming emanating from Canton Alley. We followed the sound and caught a few minutes of a girls’ junior drill team rehearsing to the beat of traditional instruments. 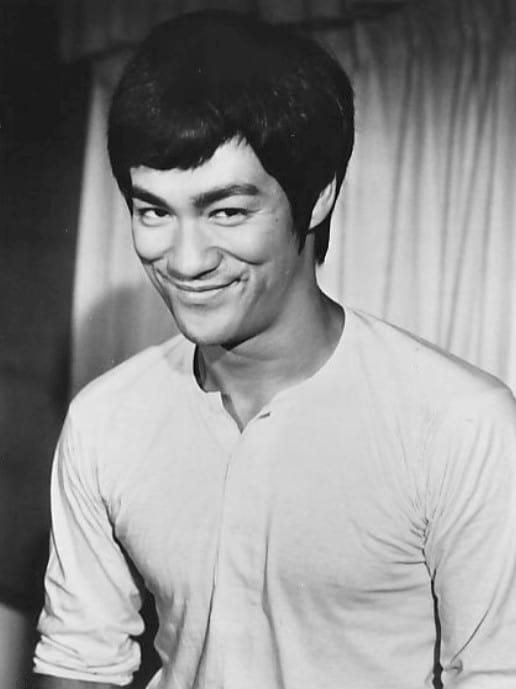 Seattle significantly shaped the life of international martial arts icon and actor Bruce Lee. He worked at Ruby Chow’s Restaurant, launched his first martial arts studio, formed his philosophical roots, fell in love with the woman he would marry and found solace from fame here.

Inside the Wing Luke, we paused under the entryway’s colorful wind chime incorporating smiling papier mâché faces, and followed the instructions to pick up the fan beside it and wave it overhead, sounding the chimes to “clear the air, make a wish or say hello.” The exhibit, “Do You Know Bruce?,” drew us in with details of Bruce Lee’s trailblazing work in martial arts and film, breaking media stereotypes of Asian Americans as subservient or menacing, as well as his drive for personal development and physical conditioning. A tour of the neighborhood revealed the stories of Lee’s life. Incorporated into the museum is a tour of a 1910 Chinese dry goods shop, a hotel and a Chinese-American family association hall, all of which offered glimpses into the immigrant experience.

We remained in that era, riding the train to Portland and staying at The Benson Hotel, which has retained its elegant character since opening in 1913. From there, we walked less than a half-mile through the Chinatown gate to the Lan Su Chinese Garden. The magnolia trees blooming beside the “Covered Walk to Celestial Hall of Permeating Fragrance” transported us to sixteenth-century China—specifically, to a wealthy family’s garden. It was created to be a spiritual utopia for escaping everyday life and being inspired by the interplay of architecture, plants, poetry and water.

At the Tower of Cosmic Reflections, the air was even sweeter, perfumed by the classic teas, dumplings and steamed buns served at the teahouse, where a trio of girls in authentic dress played traditional Chinese music.

Heading home, I wanted to read more Zen poems and philosophy, and my husband was looking forward to cooking with sauces he found in Chinatown markets. We all felt fortunate to have these pieces of Chinese culture in the Pacific Northwest.