Following the Lewis and Clark Trail through Washington

written and photographed by John Nelson

I’m no Lewis or Clark.

I didn’t cross unknown mountain ranges, didn’t run the raging rapids of the Snake and Columbia rivers, didn’t nearly die in a perilous storm near the end of my eighteen-month journey.

But after following the footsteps of the Corps of Discovery through Washington as they raced to the Pacific Coast in the fall of 1805, I can say I made some pretty good discoveries of my own.

“You’re tent camping?” the attendant at Chief Timothy Park asked incredulously as I pulled in at dusk in early November. It was 25 degrees at the deserted park on the Snake River near Clarkston. He sold me some firewood and said, “Take any site you want.” 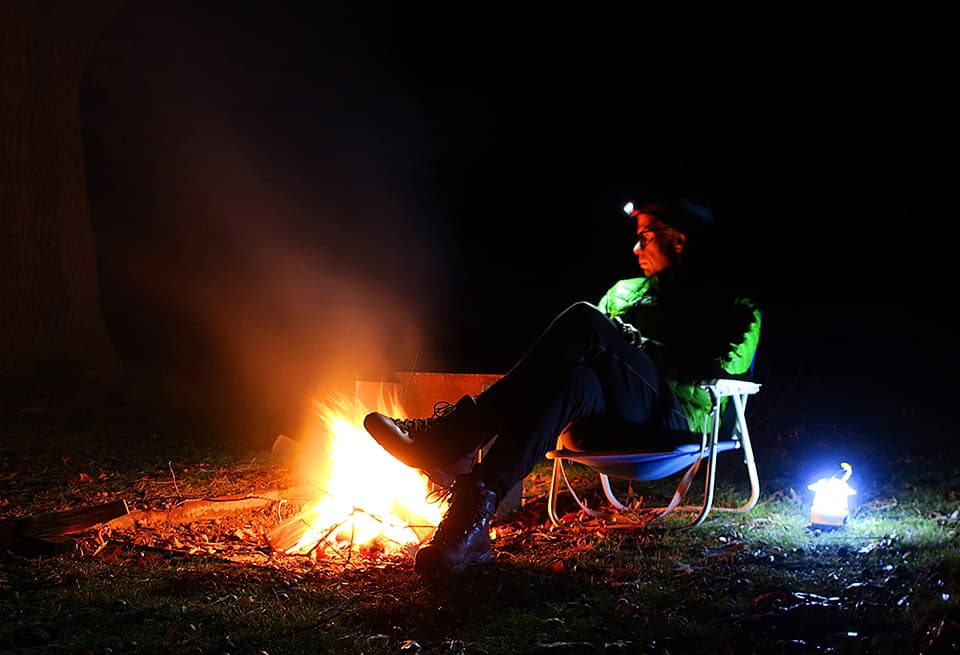 The expedition led by Meriwether Lewis and William Clark camped in this area more than 200 years ago. On my first frigid night as I followed their path, I toasted them with whiskey, their favorite spirit. For dinner, I cooked one of their favorite foods—dog.

It turns out the explorers were quite fond of canine flesh, I learned from their journals. They regularly bought dogs from Indian tribes to feed their hungry expedition.
“When well cooked (it) tastes very well,” Corps of Discovery member Patrick Gass wrote.

In my case, I ate hot dogs. Served with a little mustard and camp beans, it wasn’t a bad meal to get into the adventuring mood.

The Nez Perce Indians were on my mind when I got up the next morning. The tribe had been helpful to the explorers, and the Listening Circle installation at Chief Timothy Park commemorates their meeting.

It is designed by Maya Lin, the artist best known for her Vietnam Veterans Memorial in Washington, D.C. Like that piece, the Listening Circle is simple and dramatic. It is one of six sites Lin has devised along the Lewis and Clark Trail in the Northwest.

I toured the installation and then broke camp to explore the dramatic Snake River country. The Corps had traveled by canoe, and while the river is now tamed by a series of dams, the countryside remains rugged. I stopped to hike at Wawawai County Park, Palouse Falls and near Lower Monumental Dam, where Clark wrote about “a remarkable rock verry large and resembling the hull of a ship.”

The Washington Lewis and Clark Trail: a confluence of rivers

By noon, I arrived at the confluence of the Snake and Columbia rivers at Sacajawea State Park in Pasco. It was here that the explorers camped for two days and met members of regional tribes.

It had taken me only a few hours to reach what had taken them six dangerous days through the rapids. By nightfall, I would zoom ahead another six days in their journey as I pulled in to Maryhill State Park for my second night of camping.

I woke the next morning to threatening skies. Just as it had for Lewis and Clark, weather was closing in—I needed to get going.

West of Maryhill, Clark had climbed to get a view of the dramatic Columbia Gorge, so that’s what I did. At Columbia Hills State Park, I hiked high above the river at Crawford Oaks, and finished just as the storm hit, bringing 40 mph winds down the Gorge.

I hurried downriver to Beacon Rock State Park, mentioned in Clark’s journal as “the Beaten rock.” I had to agree with him. Sleet was now pounding the picturesque 848-foot volcanic monolith. My plan was to climb the switchbacking mile-long trail to the top, but with the storm getting worse every minute, I had second thoughts.
“Climb it, you wussy!” Lewis said sternly inside my head. I did as ordered, topping out thirty minutes later in a raging gale.

The Washington Lewis and Clark Trail: a dismal little nitch

The end was in sight. I dried off in the car and zoomed ahead several more days to Lewis and Clark’s final challenge, a place where the explorers nearly died.
As they reached the estuary of the Columbia, Clark wrote happily, “Ocian in view. O! The joy!” Then, suddenly, a vicious winter storm forced them to hunker down for six precarious days in what Clark famously called a “dismal little nitch.”

I visited Dismal Nitch (now a National Park interpretive site) just across the Columbia from Astoria, Oregon, on another stormy day.
“It would be distressing to a feeling person to see our situation,” Clark wrote. Yes, I felt for them.

As darkness started to descend, I sprinted for the finish at Cape Disappointment State Park. It was Nov. 18, 1805—they had come more than 4,000 miles, and they finally got a view of the Pacific from the top of McKenzie Head.

That night, my expedition done, there would be no camping. I checked into the 1890s-era Shelburne Inn in Seaview, took a hot shower and slipped into a warm bed.

Things to do around Washington