The door to the integrated city of Vancouver, BC, is flung open again

Wedged between the spectacular white-peaked mountains of the Coastal Range and the orca-filled waters of the Strait of Georgia, Vancouver, BC, is one of the world’s most consistently ranked livable cities. It’s an easy place to take it easy, find your pace and explore various neighborhoods while enjoying the great outdoors.

Take to the water and enjoy a wet and high-speed ride on Sea Vancouver’s ninety-minute zodiac tour of Vancouver’s Inner Harbor and environs. Passengers can see seals, bald eagles, and scenic mountain views while hearing about the history of local plants, animals and indigenous people. The tour departs from the shores of Coal Harbor at the Westin Bayshore.

It can get chilly on the water, even on a sunny day. Warm up with a quick ten-minute walk to Tableau Bar Bistro and live—and eat—like a Parisian. Few restaurants have mastered ambiance like this one tucked inside the chic Loden Hotel. Think black and white checkered tile floors, an ornately framed chalkboard menu, and bistro classics such as steak frites, French onion soup and cassoulet.

Then, take a leisurely thirty-minute stroll across town (Thurlow Street is the most direct route) to the Vancouver Aquatic Centre dock for a quick water taxi across False Creek to Granville Island. There, check out the beautiful copper stills at The Liberty Distillery. Weekend tours are available when not in production for $15, followed by a complimentary tasting at the end. Spirits are raised with skillfully made craft cocktails and flights of gin, whiskey, and the Liberty Flight, a tour of gin, vodka, and whiskey.

For something more active, pedal and take in a balmy summer evening with a Sunset & City Lights Night Bike Tour (daily at 6:30 p.m., June-August). The tour offers relatively flat terrain with few hills and takes riders by False Creek, English Bay and the seawall path of Stanley Park. There’s also a summer-approved stop for gelato along the way. Electric-assist bikes are also available for booking.

Hailed as the next Gastown, historic Chinatown, one of the West Coast’s largest Asian communities is experiencing a rebirth with an influx of hip new restaurants and retailers, especially along Union Street. Walking tours of the Chinatown district called A Wok Around Chinatown that tells the tale of Robert Sung, a third-generation Chinese Canadian, from a cultural and culinary perspective.

When in Chinatown, make time to wander the Dr. Sun Yat-Sen Classical Chinese Gardens. It’s the first classical Suzhou gardens to be developed outside of China. There is so much symbolism represented in the garden—references to success, abundance, longevity and male/female yin-yang energy.

For a fancy sundowner with friends, swing by the Clough Club in nearby Gastown. The Flamingo is a summery concoction of Absolut Elyx, coconut cream, lemon juice, simple syrup, vanilla tincture, Peychaud’s bitters and soda. The $70 drink serves four to six people.

If the call to adventure is still beckoning, walk in the evergreen canopy via a series of seven suspension bridges at Treetops Adventure at Capilano Suspension Bridge. Attached to eight 250-year-old, the walkway offers spectacular views of the canyon and forest floor. The two-and-a-half-hour climb starts at $61.

Or brave the Grouse Grind—a grueling two-mile uphill hike known locally as Mother Nature’s Stairmaster—for killer views of the city skyline. Less intrepid mortals can ascend via an aerial tramway. Mountain admission tickets cost $69. For $25, you can grab drinks, dinner and panoramic views of the peaks of Vancouver Island at sunset (available online only). 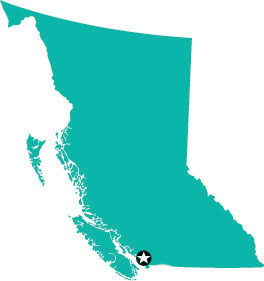 0 replies on “Tours and Outdoors”