A historic hub and a whole lot of fun 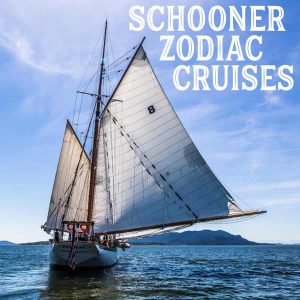 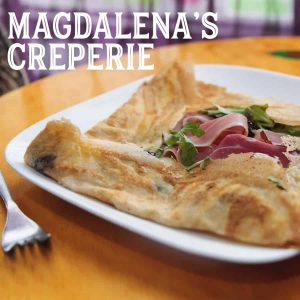 Magdalena’s Creperie
Located in the charming Fairhaven historic business district, our mission is to serve you food the way we like it, fresh, wholesome and delicious.

An escape for city slickers and a destination for tourists, Bellingham’s Fairhaven District has been referred to as a hidden little gem worth discovering. For good reason—it oozes charm with its artsy shops, fabulous restaurants, cafés and outdoor walkways. To top it off, it is a mecca for the outdoor enthusiast.

Fairhaven’s red brick district has experienced a real resurgence over the past fifteen or so years. If you factor in some cool outdoor special events and festivals, such as the Annual Dirty Dan Harris Festival (held in April), it is no surprise people are flocking to this quaint seaside village.

Overlooking Bellingham Bay and the San Juan Islands, Fairhaven has gone through an interesting, colorful, and yes, scandalous past. It began in 1854 when a booze-smuggling 21-year-old, Daniel Jefferson Harris (AKA Dirty Dan), descended on its shores in a rowboat. It has been reported that Harris earned his moniker because, frankly, he wasn’t one to bathe often, dressed slovenly, shaved rarely and pretty much didn’t behave as society deemed proper at the time.

Regardless, the smart entrepreneur is credited with founding the community and erecting its first hotel in 1883.

The boom really kicked off in 1889, when it was widely speculated that Fairhaven would become the next railroad terminus, bringing wealth and prosperity to its citizens. Hotels and buildings went up. The boom lasted only three years before Seattle was selected as the new terminus instead. The town was devastated and construction came to a grinding halt.

It wasn’t until the 1960s and ’70s that Fairhaven began to undergo a revival. Soon, the town’s dilapidated buildings were restored to their former glory. In the early ‘70s, it earned the moniker “hippie mecca of the West” by the Seattle Times. You need only walk the cobblestone streets to meet up with a few of those early hippies.

In 1977, Fairhaven was designated a National Historic District for its fourteen historically significant brick buildings. Today, with more than 200 (mostly) independent businesses, Fairhaven District has earned its rightful place as a hub for great art, crafts and culinary delights.

More than 125 years after the legendary founder’s death, tourists can still feel his presence. Outside the Colophon Café is a bronze sculpture of Dirty Dan sitting on a bench, while the Dirty Dan Harris Steakhouse has regaled customers with tales of Dirty Dan for more than four decades.

There are several marked plaques sprinkled along Harris Avenue offering a glimpse into its shady past, like these prized nuggets: Site of Hotel De McGinty, the first jailhouse occupied by drunks and small town crooks, 1890; site of Sam Low’s opium den, 1904; huge freight wagon disappeared beneath quicksand here, 1890; and Policeman Phil DeFries shot at 23 times from 1899 to 1905.

If you’re ready to let yourself get lost for a couple  days, keep this amazing little town in mind when you set out on your next adventure.

Once you have checked into your hotel (in my case, the charming Fairhaven Village Inn), meander along the town’s six-block shopping district.  If you are a book lover, a visit to Village Books is a must. Inside this three-story, block-long homage to everything wonderful about print you will discover new and gently used books, including hard-to-find gems, a great children’s section and the Book Fare Café. For art lovers, both the Gallery West and Artwood Gallery feature the works of some seriously talented local artists.

After taking in the quaintness of this seaside village, take a lunch break at the Colophon Café. Housed in what was once the McDougall, Dodson, Gates and Fraser Building (1891), the Colophon is known for its healthy, locally inspired comfort food. The menu features an array of homemade soups (may I suggest its African peanut soup), innovative salads, deliciously sloppy burgers and decadent desserts.

Do not miss the opportunity to join the walkers, bikers and joggers along the Interurban Trail which leads you to the Taylor Dock. Opened to the public in 2004, this notable waterfront boardwalk (circa late 1800s) used to support the waterfront industry. As you stroll along, it offers picturesque views of Bellingham Bay, including Boulevard Park. If you are adventurous, take the trail all the way to downtown Bellingham.

From the Fairhaven Village Inn, this widely popular wooden connector is one of the best ways to experience a slice of what the district has to offer. There are benches along the way to take a seat, or better yet, grab a cup of java at Woods Coffee Shop and soak in some great people watching from its outdoor patio.

If you need to recharge, there isn’t a better place than the spa at the Chrysalis Inn & Spa. The waterfront boutique hotel’s spa is the perfect antidote for tired, sore muscles. Who doesn’t deserve a bit of pampering after strolling in and out of shops? A signature Swedish massage is just the thing to loosen up any tension and get you ready for an evening of wining, dining and a little jazz.

For late-night noshing try the Skylark Hidden Café. Every Thursday to Saturday you can listen to some impressive local jazz, soul and R&B musicians while dining on “unpretentious, local and fresh” Northwest cuisine, according to owner Donald White. Choose from the addictive scampi-style prawns, beef and poultry or any of its pasta dishes.

There are crepes and then there are Magdalena Theisen’s crepes. Originally from Poland, Theisen founded Magdalena’s Creperie to offer locals and tourists a sampling of Europe’s finest sweet or savory wheat cakes. Besides crafting some of the best classic French crepes, Theisen also offers her handmade traditional Polish pierogis, sandwiches or gluten-free options.

A short drive away, walk off your breakfast at the Whatcom Falls Park Trails. With 3.5 miles of footpaths, meander as long or as little as you like. Snap a few photos on the iconic moss-covered Chuckanut Sandstone bridge overlooking the Whatcom Creek and the powerful falls.

For those who prefer to cycle, you can rent from Fairhaven Bike and explore the waterfront or head north from the park for about a mile on the South Bay Trail. Although there is a short uphill trek, the former rail bed presents excellent water, city and mountain views for much of the way.