When you imagine quiet walks along a seemingly endless shoreline, sandcastle building with little hands digging next to you, serene, ocean-inspired meals and blissful silence but for the whoosh of the waves, you’re picturing Long Beach Peninsula. This 28-mile tongue of land cradled by the Pacific Ocean, Willapa Bay and the Columbia River binds a handful of sleepy communities that feel lost in time and almost completely unchanged over the years. Come for the soothing melody of the ocean, the joy of biking through sand dunes with the wind in your hair and the exhilaration of forest hikes to jaw-dropping vistas. If you love the beach, three days on this little-known peninsula will calm your soul, intrigue you with its history and leave you breathless with its beauty. 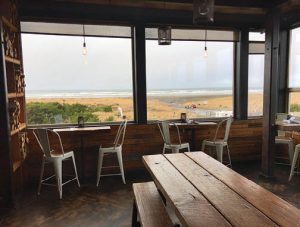 At Pickled Fish, the food and views are a perfect match. 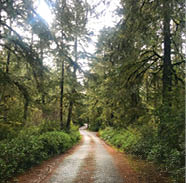 The Discovery Trail and others offer solitude. 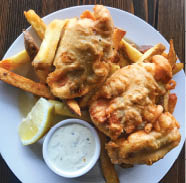 Fish and chips are the perfect order at Long Beach.

We checked in at Adrift Hotel, a beachside property where the waves are so close that earplugs are placed in each bedroom, in case guests can’t sleep through the tumbling sound. Meticulously remodeled in recent years, Adrift offers complimentary beach bikes, making for an irresistible way to explore the coastline. We took to the Discovery Trail, an 8-mile paved bike path that winds through the sand dunes, past bright yellow bursts of fireweed, alongside dune grass blowing in the wind and sandpipers scurrying close to the shoreline. At the peninsula’s southernmost hamlet, Ilwaco, stop for lunch and a salty cucumber cocktail at the Salt Hotel & Pub, a harborside restaurant where the ahi tuna on the tacos is reeled in straight from the water. Stroll along the harbor and it’s easy to tell that fishing is Ilwaco’s main attraction. Starting in May, sturgeon- and salmon-fishing charters depart daily from the port, taking anglers out in search of a great catch.

While there isn’t much shopping on the peninsula, the majority of retailers are situated along Long Beach’s colorful Pacific Avenue. Cool off after an invigorating bike ride with an ice cream cone and wander between the galleries, gift shops and souvenir stores filled with unique treasures. Don’t miss a visit to Marsh’s Free Museum, a hard to miss, one-of-a-kind store that combines seaside curios with a collection of preserved animal heads, unusual antiques and photographs of the area from bygone days. Like most shops on the peninsula, this one has an undeniably quirky personality.

Folks eat early here, so don’t wait ’til late before you head out for a meal. The Depot Restaurant, five minutes down the road from Long Beach in Seaview, is a great choice for an intimate meal. The restaurant is run by Michael Lalewicz, one of a handful of talented chefs who have made their home on the Long Beach Peninsula. You can’t help but bump into history in these parts. The Depot’s building started as a platform station in 1888 for the railway system that moved visitors between the peninsula’s communities. The train schedule and other historical paraphernalia are displayed on the restaurant walls and make for interesting reading as diners tuck into king salmon, ribeye meatballs, housemade hummus and a range of dishes prepared with a level of skill and careful ingredient-sourcing that defies this relatively isolated location. 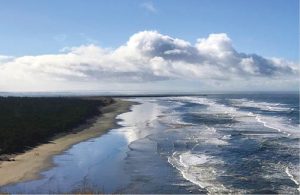 The beaches are long and quiet on the peninsula. 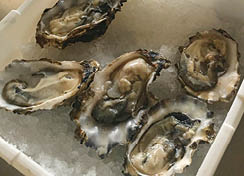 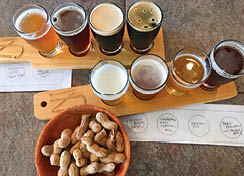 Start your day with an energizing smoothie at Roots Juice, Java & Salads in Ilwaco, a roadside espresso stand that whips up a fabulous liquid breakfast but also serves hearty avocado sandwiches easily eaten on the go. Your destination, Cape Disappointment State Park, is one of several places on the peninsula with an intriguing name. It was named Disappointment by Captain Meares in 1788, when he failed to cross the bar where the Columbia River meets the Pacific Ocean. A notoriously dangerous crossing, it’s a place where millions of gallons of fresh water collide with ocean swells, creating waves that reach heights of 40 feet. Thanks to dense fog, fierce currents and a shallow, shifting sandbar, some 2,000 vessels have sunk here since 1792, earning it the nickname “the graveyard of the Pacific.” One of the many picturesque beaches at the park, Dead Man’s Cove, earned its name because of the sailors’ bodies that would wash up on its shores.

There’s a fabulous array of forest hikes at Cape Disappointment, with trails that lead uphill to its two lighthouses, and down toward the sand dunes and the beach. On the coastal forest loop trail, the sheer girth of trees at least 200 to 300 years old is compelling, while the hike past Dead Man’s Cove to Cape Disappointment lighthouse has a series of spectacular scenic overlooks, each better than the one before it. For dinner, head to Pickled Fish at Adrift Hotel for fried fish, chips and microbrews overlooking the rolling waves.

Tuck into a hearty omelet at the 42nd Street Café & Bistro, a cozy mom-and-pop eatery in Seaview, before you head north on Highway 101 for Oysterville. This super-small, quiet community with a population of 17 has an interesting past, thanks to its delicious bivalves. In 1855, the oyster trade was so strong that the growing town had a school, college, newspaper, courthouse and church. By the 1880s, however, the oyster beds were declining and Oysterville gradually became the sleepy, national historic district it is today. Admire the beautifully preserved homes on a quick drive through its streets and pause for a walk around the cemetery to see the graves of its pioneers. Prominent among those tombs is that of Chinook Chief Nahcati, who first revealed the location of the rich oyster beds to those settlers. If you have a yen for bivalves, visit Willabay at Oysterville Sea Farms, the last oyster cannery in the peninsula, where clams, crabs and oysters, harvested the same day, can be eaten on the deck overlooking the beautiful Willapa Bay.

We hunkered down for a historic night at the Shelburne Hotel in Seaview, the oldest hotel in continuous operation in the state. With its wood-paneled walls, stained glass windows and original clawfoot tubs, the Shelburne’s fifteen rooms date back to 1896 and have been lovingly preserved and restored. Work off dinner at the hotel’s fine dining room with a walk on Seaview beach at sunset, and before you head home, be sure to sample some of the innovative alcoholic beverages being crafted on the peninsula. Adrift Distillers in Long Beach has a delectable cranberry liqueur and a selection of great gins and whiskies, while the North Jetty Brewery & Tap Room’s raspberry hef is a light, fruity brew perfect for a
summer afternoon.