Enjoying the Season’s Cornucopia of Flavors

We are celebrating hearty squash and hearty dishes! The season’s upon us when we happily fill our homes with Scandinavian-inspired hygge­—think flickering candles, cozy blankets and ambient background tunes. During these shorter, darker days, we also bring to the table hearty soups and soothing stews, chock full of veggies and starches like the mighty
winter squash.

Squash, the hardiest member of the cucurbit family (which also includes pumpkins, cucumbers and melons), grows well in most parts of the Pacific Northwest. Typically divided into summer and winter varieties, squash has healthful qualities like significant amounts of antioxidant carotenoids. In even better news, winter squash contains anti-viral, anti-bacterial and anti-inflammatory substances and is especially high in vitamins A and C and five B vitamins.

“I love when autumn rolls around and hard squashes come into season,” said executive chef Shawn Applin of Outlier, located at Kimpton Hotel Monaco Seattle. “They lend themselves nicely to being manipulated in several different manners. There are many different varietals—from acorn, butternut, blue hubbard, spaghetti to kaboch. There is a natural sweetness and nuttiness that varies from variety to variety. They make great soups and stews as well as salads and accompaniments to main dishes.”

The Imperial family began its farming journey in the Philippines, where they grew rice and tobacco. In 1983, Mamerto and Antipolo Imperial immigrated to Wapato from Sta. Maria, Ilocos Sur. They began working on relatives’ farms before starting their own farming business on 40 acres in 1985. Today, the children carry on their parents’ legacy.

Manuel Imperial credits the knowledge that his team feeds “millions of people” as the most rewarding part of his work. “It’s like anything in life,” he said. “You learn from doing it every day. Yes we make mistakes, but we keep going.” The 1,000-acre farm grows an array of produce for the community and wholesale buyers, including asparagus in the early spring, corn in July and pumpkins and squash (about thirty varieties) in the fall. 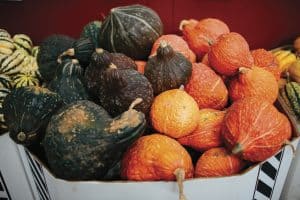 The squash gets harvested between early September and early October and put into storage to sell through the fall and winter. “This year we harvested twenty-four pallet-sized bins of squash, and we’ll likely have at least some of it available through February,” Frye explained. “Storage can sometimes be tricky—you need to get the squash cured properly and then store it at the proper temperature and humidity for it to keep. But part of our goal is to extend the availability of local food into the winter months.”

Most of Boldly Grown’s squash that lands in Seattle is sold via the Puget Sound Food Hub, a farmer-owned co-op that provides aggregation, distribution and marketing services to farms. “Selling through the Food Hub means that we can spend more of our time on the farm, since we only need to deliver to the local aggregation site, and customers 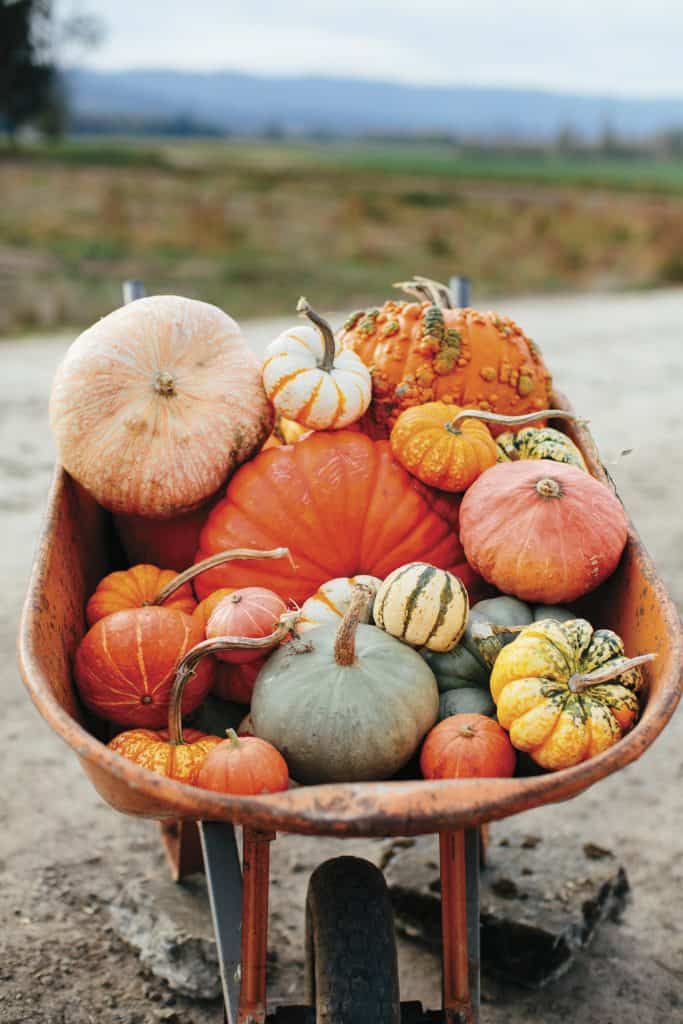 benefit by being able to access a wide range of products from multiple farms,” Frye said. The squash has shown up on menus at Canlis, Bar Ferdinand, DERU Market, Seattle Culinary Academy and various Bon Appétit food-service locations (such as at the Amazon campus), plus venues in Bellingham and on the islands.

The hard-working couple, who have an 8-month-old son, lists time management as their biggest challenge. “Our fall harvest season is quite hectic, to say the least, as we manage the farm, just the two of us, with a bit of part-time help,” Frye said. But the rewards prove tremendous. “Whether it’s a restaurant or CSA member, that positive feedback that your carrot is the best carrot they’ve ever tasted helps us remember why we do what we do and keeps us motivated through the crunch times.”