“I had a good spud year,” Robby Burns shrugged, explaining the catalyst for switching from potato farmer to brewery owner. Burns wasn’t trying to change the world, reinvent beer or blaze a trail through the Eastern Washington beer scene. With Paper Street Brewing, he was just trying to make life a little bit better for the people around him. He does this with good beer and a great taproom right in the heart of Richland. But it’s more than just creating a space for a community to grow right in his own hometown—he also gives back. For every beer sold, he donates to Second Harvest Food Bank. Why the food bank? “Because no one is mad at food,” he said. His answer is more than an explanation—it’s a window into his uncomplicated soul. 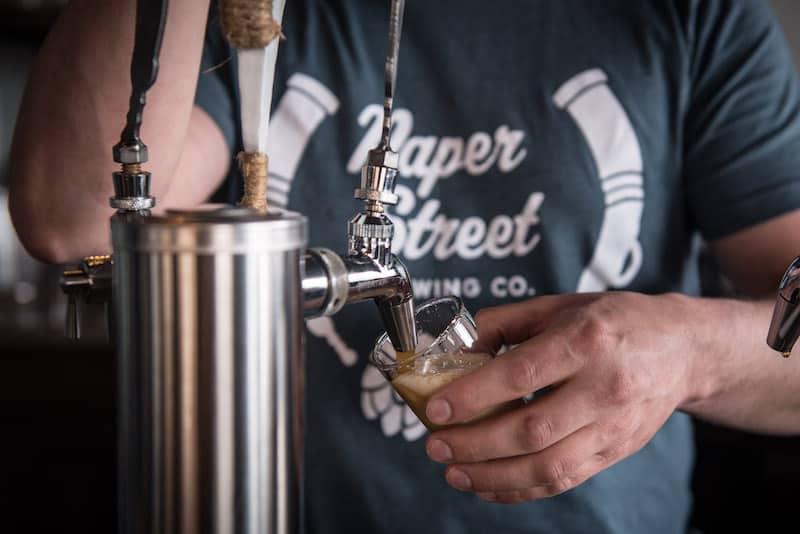 He’s creating a space where everyone can feel welcome because that’s important to him. The town, its people, and its slowly growing beer scene are also important to him. The competition? He wants more. More breweries make life better for everyone, he told me in his “rising tide lifts all ships” view on the beer scene in town.  The way Burns sees it, with just a few more great breweries Tri-Cities could become a craft beer destination. It’s a community ripe for a brewery explosion. With more than 260,000 people and just seven small breweries, Burns is right—there’s more than enough room for more well-crafted, locally sourced beer, and he’ll be the first guy in line to welcome the next home-brewer-turned-brewery-owner who takes the leap.