While mainstream consumers increasingly inquire where their food comes from, foragers have been paying attention all along. Getting out in the dirt and digging for one’s food has thrived here in the Pacific Northwest, beginning with the first native residents who lived off this rich land. At long last, others are taking note.

“I think the growing interest stems from the local foods movement at its heart,” said Alex Winstead of Bellingham-based Cascadia Mushrooms. ”People want to connect with their region through the foods they eat. There is no better way to get in touch with the season and the place you are than to enjoy a foraged meal [gathered by] you and your friends and family.”

Amy Augustine, communications director and forager at Seattle-based Foraged and Found Edibles, came across the hidden culture while working farmers markets in Seattle’s University District (Saturdays) and Ballard (Sundays). She encounters enthusiasts who range from her 4-year-old daughter to elderly Russian grandmothers expressing nostalgia for the art of foraging. “It feels good to go out and eat the food you pick,” she said. “It’s empowering, and you see how much work goes into it. … It gives a whole new appreciation.”

Launched in 2001, Foraged and Found Edibles now supplies wild mushrooms, greens, berries and teas to hundreds of restaurants and markets around the country. Owner Jeremy Faber, a Culinary Institute of America alum, realized while working in prestigious Seattle-area kitchens like The Herbfarm that—instead of ordering mushrooms from really expensive sources—he could head into the woods to find them himself.

He started this practice during an especially fruitful porcini year—soon he was delivering the surplus to chefs around town. He and his team believe in the culinary and medicinal benefits of this bounty. They don’t aim to be the first with each season’s forage. Instead, they wait for the right time to harvest so customers can receive the best and freshest.

Mushrooms grow all over Washington, but their abundance depends on the season, the weather, that year’s snowpack, heat, rainfall and other environmental factors. Highly popular morels, for example, grow well the year after wildfires, so foragers covet affected regions. “It takes a lot of being in the woods, on the ground, scouting out patches of mushrooms and remembering for the following year,” Augustine said. Chanterelles typically pop up around Mount Rainier in the summer and coastal Washington as summer progresses, while lobster mushrooms also thrive around Rainier. Foraging can consist of long days with early start times, miles-long hikes into the wilderness and overnight camping.

Until recently relocating to a Georgetown space, Foraged and Found ran its Seattle warehouse out of Faber’s Phinney Ridge basement, which Augustine described as “smelling like a giant mushroom … the scent of Earth.” The expansion of the business means a deepening of cooperation with Lao and Cambodian foraging families, with whom the company has a long-standing relationship.

Foraged and Found’s consistently popular items include morels and chanterelles, “the bread-and-butter” mushroom that every chef wants on the menu, plus stinging nettles in the spring and huckleberries in late summer. “[Faber] is always trying to add something new to the list—it’s very important to him,” Augustine said.

Faber insists on sourcing indigenous goods whenever possible. Products are harvested solely in North America, with a focus on the Pacific Northwest. After expanding the business to New York and Boston, however, Forage and Found has also begun harvesting regionally in the Northeast. 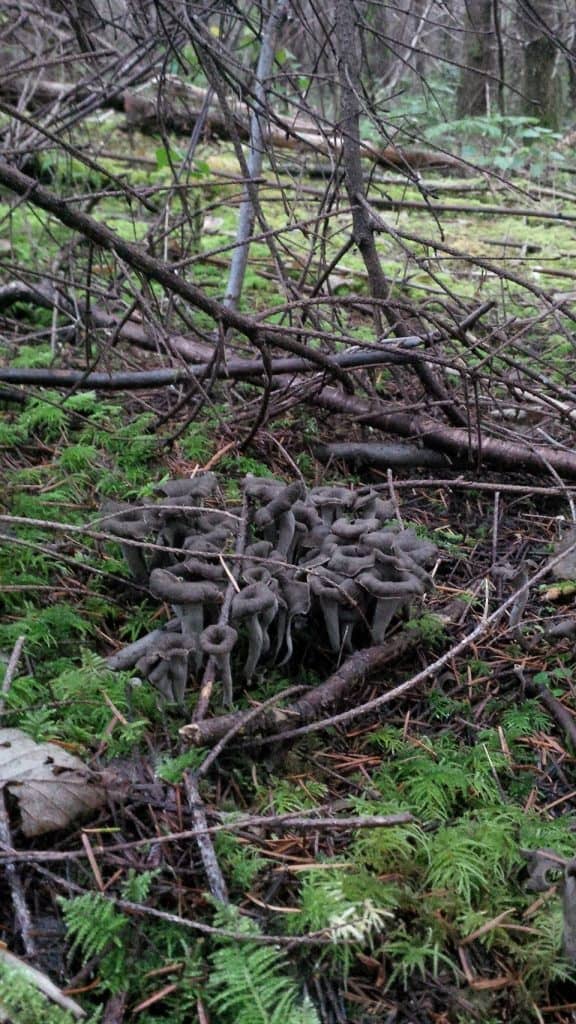 Augustine points those interested in foraging toward the Puget Sound Mycological Society (“one of the best in the country” for educational talks and fields trips). “Forage for wild edibles with caution, and learn from an experienced harvester,” Cascadia Mushrooms’ Winstead advised. “The time you take to learn about and gather the wild foods growing in this region will bring you closer to the heart of our home.”

Week after week in farmers markets, Augustine divines an emerging trend. “There’s a certain mysticism surrounding foraging. … I think there’s a real hunger for people to find that again.”