The Seattle-based pop ensemble following its own advice

If ever there’s a lyric that bottles the essence of Seattle-based Hey Marseilles, it’s in their song “Looking Back.” It warns, “If you’re looking back, you’ll never move your feet / If you’re looking back, that’s all you’ll ever see.” This seven-piece orchestral-pop ensemble follows its own advice, embracing music with a sense of maturity and comfortable exploration of any influence that strikes them in the moment. Led by wayfaring, road-weary lyricism from songwriter Matt Bishop, the band pays homage to traditional folk storytelling, backed by a lush bedding of accordion, strings and horns. Their stories cut to a universal, emotional core that resonates on a personal level. 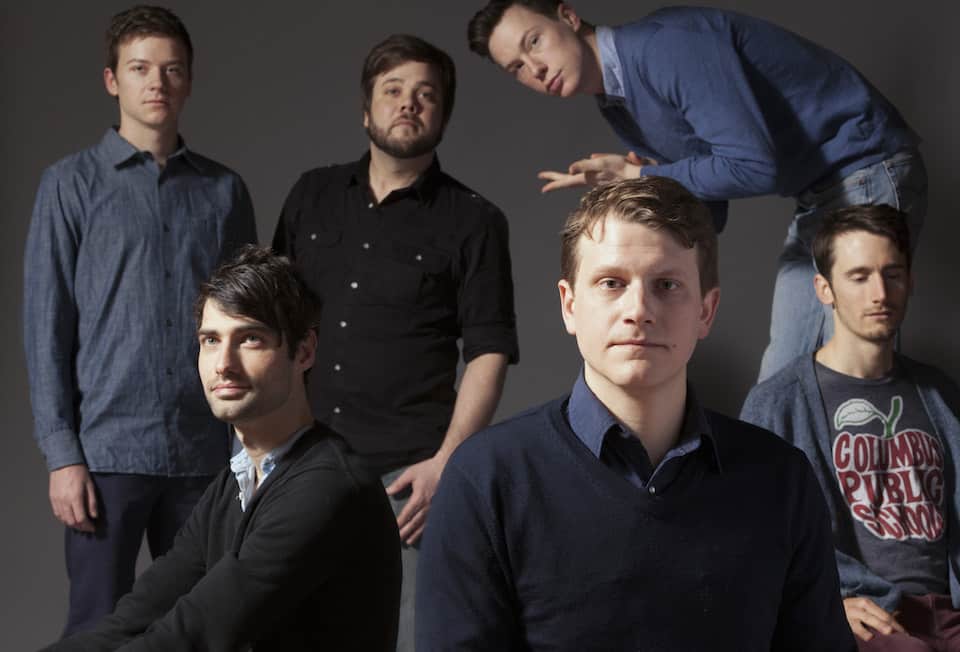 When they released their debut album To Travels and Trunks in 2008, it served as an unfettered sense of travel and exploration and was ranked as one of the best Pacific Northwest albums of the year by many publications. With the band’s 2013 release, Lines We Trace—and a wealth of touring experience—they grew up even more. A new album, titled LP3, is expected later this year, as Hey Marseilles continues following its wanderlust on tour, and inspiring people along the way.