Pleasure Systems’ new album, Antumbra Pull, is all about intersections: between fear and love, folk-pop songs and electronic sounds, ultra-personal lyrics and much-needed catharsis. It’s the solo project of Clarke Sondermann, a 21-year-old Olympia-based singer-songwriter who also plays rock music with his band The Washboard Abs. Pleasure Systems is for exploring, said Sondermann, who entered his first-ever “healthy long-term relationship” in the past year. “I have a lot of relationship-based trauma in my past,” he said, “(so) I picked these songs because they explore the themes of balancing that trauma with trying to open up to the vulnerability of being in a relationship.” The eleven tracks on Antumbra Pull exist in their own beautiful little world, where clicks, bloops, buzzes and whirs flutter around Sondermann’s irrepressible melodies, which always shine through the charming, home-recorded haze. Sondermann thinks of Antumbra Pull as a thank-you note of sorts to his relationship partner, and while some of the songs draw from intense, deeply felt feelings, he said the opportunity to be brutally honest is worth it. “It feels really cathartic to me to be able to process my experiences through music and ultimately share them,” Sondermann said. “It feels like a big release of those experiences more than just releasing an album.” 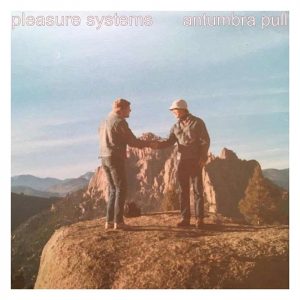 Musician Naomi Wachira Lights a Candle in the Darkness