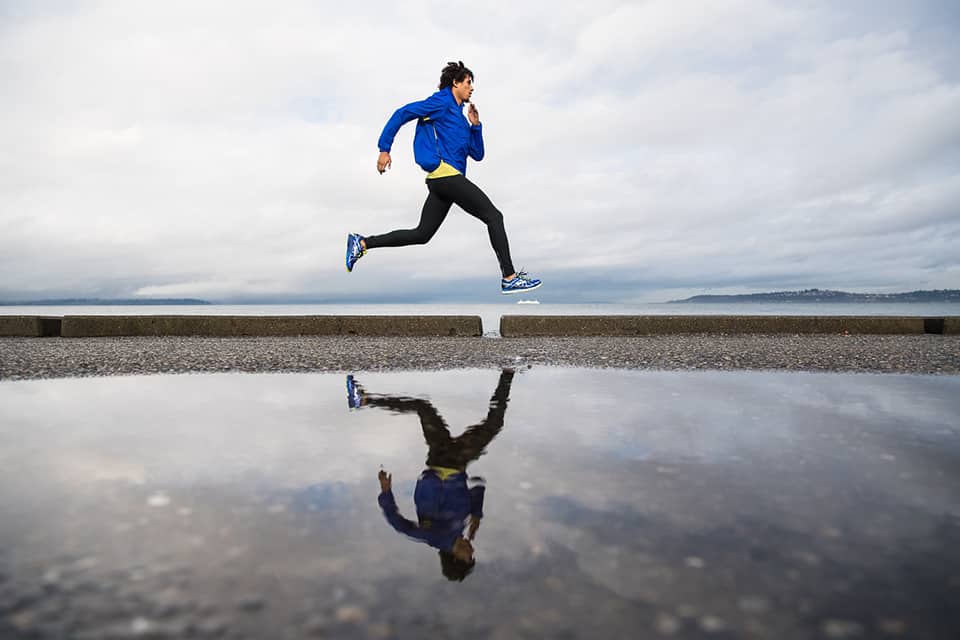 You might not have heard the name Izaic Yorks, but if you are a fan of track and field, this 23-year-old is one to watch. Last year, he ran the fastest collegiate indoor mile ever by an American—qualifying him for the Olympic Trials later that year, at which he finished tenth overall in the 1,500-meter race. As a member of the University of Washington track team, Yorks achieved one of the greatest seasons in the history of Husky track and field in 2015-2016.

Over the years, this affable runner has garnered several accolades and awards. Impressive, considering Yorks never envisioned himself as a runner, let alone a star athlete. It was more a case of elimination.

After being cut from the baseball team on the first day, his father decided to buy his 12-year-old son a tennis racket. “We grew up below the poverty line, so for my father to spend money on a good tennis racket was huge, but I really didn’t like tennis at all,” he quipped. “So, my father suggested track and field. … Initially, I wasn’t excelling at it. When I won my first track meet at 14, it changed everything.”

After graduating from Lakes High School in Lakewood, Washington as a 4:04 miler, he initially attended the University of Portland before transferring to the University of Washington to be closer to his family. Interested in journalism, Yorks earned a degree in diversity studies.
“When I am done with running, I plan on returning to school to get a graduate degree in foreign affairs,” he added.

Right now, Yorks is solely focused on his running career. He went pro last summer and had already competed in ten track meets. Before each race, he mentally prepares himself by thinking positive thoughts and reading some of his favorite affirmations. “I got the idea from Bruce Lee [late actor and martial arts expert],” he said. “He believed that you could rewire your negative subconscious mind through positive thought.”
When he isn’t on the track, Yorks and his wife, Courtney, head to the mountains. “When time permits, one of our favorite things to do is to find a hike,” he said. “I’m particularly fond of the Olympic Peninsula and Mount Rainier.”

Izaic follows a vegetarian diet, although he doesn’t consider himself a vegetarian
• Most of his protein comes from eggs
• Lots of fruits and vegetables
• Yogurt
• For a treat, nachos smothered in cheese and meat … the works

His biggest inspiration is his younger sister, 22-year-old Brittany. Born with several disabilities and confined to a wheelchair, Brittany’s zest for life and positive attitude drives him to work harder, seldom complain and be happy with whatever he achieves on the track.