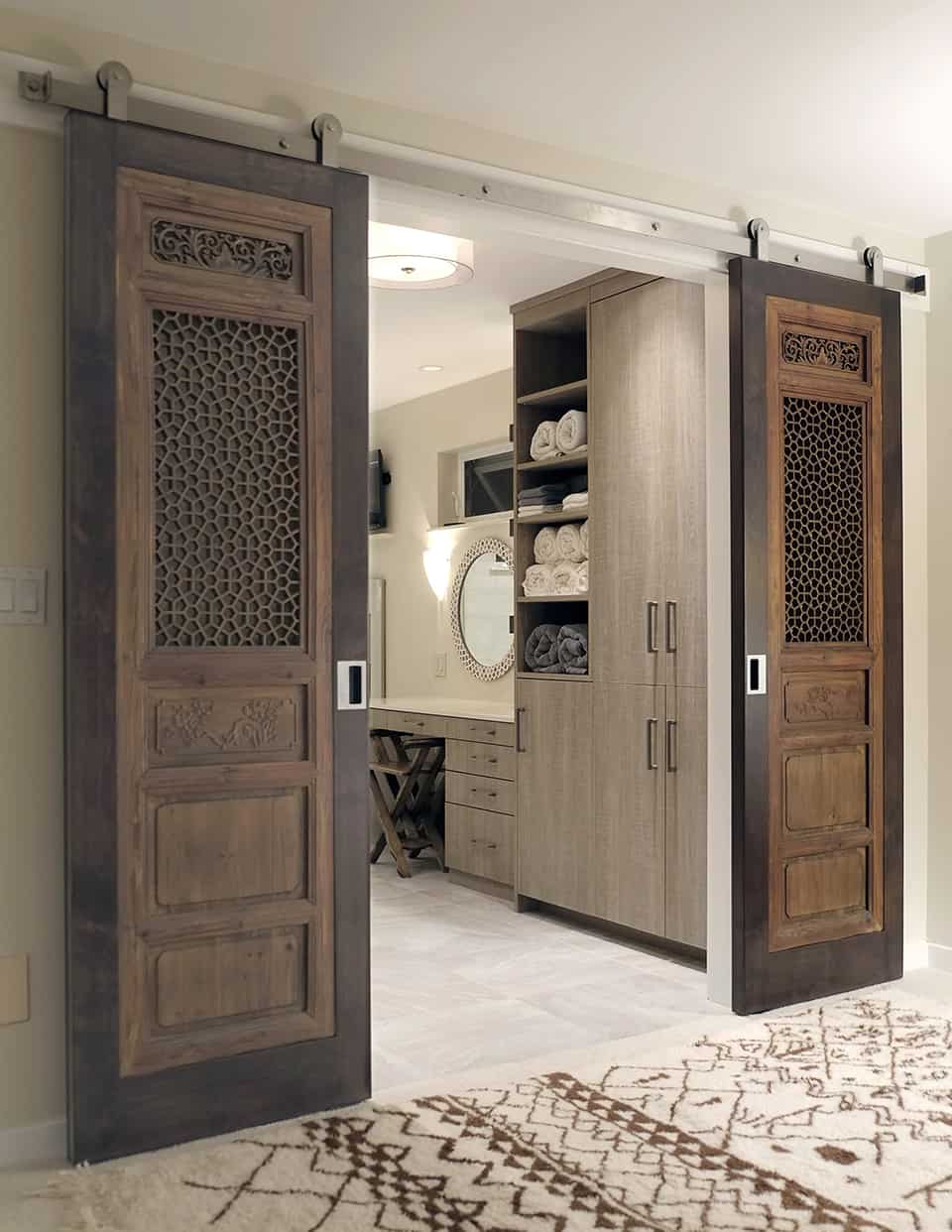 Sometimes more space doesn’t mean better. Such was the case for the principle bathroom in this Gig Harbor home. At 272 square feet, the room clocked in larger than the average U.S. kitchen. However, as Gig Harbor-based DeMane Design interior designer and owner Nancy Finneson discovered, for a variety of reasons that generous footprint wasn’t very eye-catching. “When you walked in the room, the first thing you saw was the toilet,” she said. “It was quite horrible.”

Additionally, a “monstrous jacuzzi tub” dominated one corner, leaving the shower “super tiny.” “Not for such a large bathroom would you ever expect such a tiny shower,” Finneson said. “It just didn’t look proportionate.”

The single operable window provided next-to-no ventilation and could only be opened by climbing inside the tub. The area allotted to the closet seemed large but lacked storage. “It didn’t make a lot of sense,” Finneson said. The homeowners, a couple who had bought the house for their approaching retirement, hired her to step in and fix the dysfunction. In 2013, she gutted the room, leaving no wall untouched.

Since this was her clients’ “forever” home, Finneson prioritized aging-in-place strategies in a new layout that facilitates ease of movement. First, she tucked a wall-hung toilet out of sight in a separate water closet with an etched glass door, fostering privacy in the shared space. The monster tub was swapped out for a substantial curbless shower, complete with an in-situ bench, electric control panel for multiple showerheads and a barn-style sliding glass door that doesn’t swing into the walkway and obstruct circulation.

Four new windows let in fresh air. The interior of the new vanity received hidden electrical outlets, so that no one has to unplug the hairdryer or fumble with tangled cords over the sink. The previously unserviceable closet now boasts customized fittings to make it a storage haven.

For the color and materials palette, Finneson was inspired by a Turkish towel the client loved, and chose a neutral base accentuated with earthy tones and texture. Now, the double vanity presents a more natural focal point, thanks to a herringbone backsplash laid with custom stone tile from Pratt & Larson. The tile’s soft grey and caramel colors play off the waterfall-edged, Pental quartz counters and the cabinet-fronts, which have a driftwood-esque finish. Bronze hardware conveys a little gravitas. An adjacent wall-mounted fireplace brings toasty charm, while heated floors underfoot further dial up the cozy factor.

To complete the scheme, Finneson incorporated several global accessories, many of which were brought home by the homeowners from their extensive travels abroad. A leather pouf from Africa fashions a seat by the fire, an antique stool lends organic flair and the inlaid mirror over the dressing table adds graphic interest. The final decorative touch comes via two carved wooden panels bought in Indonesia. Finneson had a cabinet shop frame them in walnut and hung them at the doorway, ensuring that walking into the transformed room will be a treat for years to come.