Having a beer and talking about solving the world’s problems is nothing unusual. One early-stage Seattle startup, however, is leveraging the age-old technology behind the beer-making process to solve some of the most daunting challenges facing the world today.

Alexandre Zanghellini, CEO and co-founder of Arzeda Corporation, said his endeavor is inspired by the efficiency, elegance and simplicity of nature’s synthetic biological processes, such as the fermentation of beer. The company is on a mission to expand chemical and enzyme-engineering capabilities found in nature to provide solutions for pressing global needs.

In beer-making, the microorganism of brewer’s yeast is used to convert wheat or other grains into one of the Northwest’s most beloved beverages. The same process can be altered to ferment renewable resources, converting it into valuable chemicals, and biotechnology such as this can help solve some hefty societal challenges, Zanghellini said. He cited the World Economic Forum’s predictions related to sustainability, global warming and population growth. 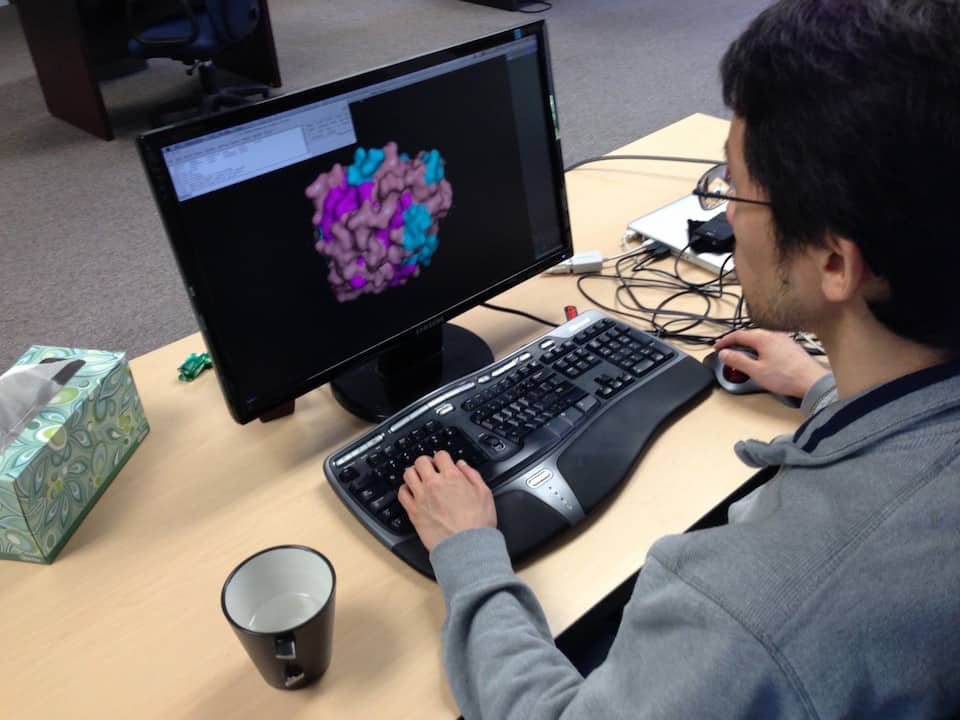 “We need to improve by 70 percent our food production by 2050 to meet the demands on economies by growing populations worldwide,” he said. The other top challenges are societies’ unsustainable dependence on oil and its environmental harms. “These are worrying trends, and we have an opportunity with technology like ours to make an impact.”

Arzeda is partnering with big agriculture and other biotech companies, applying its protein design technology with the goal of producing more food for the planet in a more economical, efficient and environmentally friendly way. The company is working with DuPont Pioneer Hi-Bred and has similar new partnerships pending, Zanghellini said. Essentially, the work entails engineering plants to yield more food using fewer resources.

“When you have a plant that absorbs light and water and biomass as food, it’s inefficient—plants are bad at it,” he said. “We work with our partners to get 10 or 20 percent more biomass, or food productivity, no matter how you measure food per unit of input of water, fertilizer and light. There’s only so much light in a day, but if a plant is more efficient at using it, you get more per day. With DuPont, we have been successful at improving the productivity of a plant.” 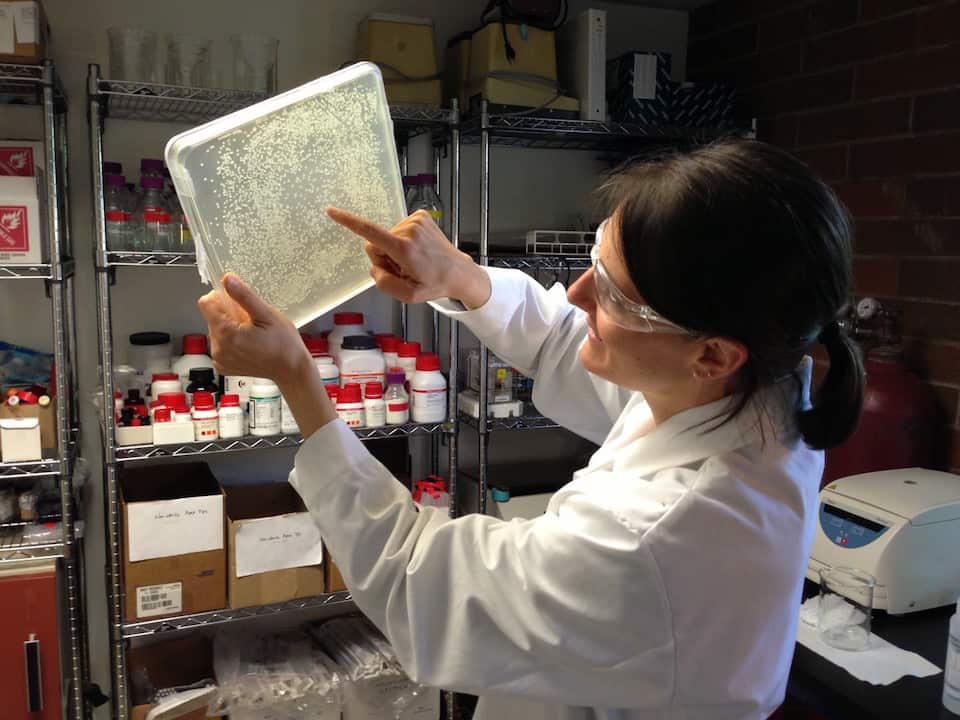 Arzeda does the same thing for chemical partners such as Invista, one of the world’s largest integrated producers of chemical intermediates used in making nylon, spandex and polyester for major brands such as Lycra, Coolmax, Cordura, Stainmaster and Antron. These are used for products from carpeting and car parts to clothes. “Almost everything you’re wearing for running, except cotton, is effectively made from oil, and most people don’t know that, but it’s the case, 100 percent,” Zanghellini said.

Invista collaborated with Arzeda to rewire the process using plant sources instead of oil. The innovation offers a solution to potentially increasing the global supply of bio-derived chemicals.

The chemical industry is shifting toward adopting natural chemical manufacturing methods such as enzyme fermentation, Zanghellini said. Using these natural methods can allow the limitless manufacture of universal industrial building blocks such as butanol, isoprene or adipic acid in a more environmentally responsible, sustainable way. This could eliminate the need for 5 percent of oil production for the synthetic chemical industry, according to Arzeda.

“We are at the point now where some of these chemicals are hitting the market at as competitive a price as the ones produced by oil,” Zanghellini said. “Oil had dropped to $40 or $50 a barrel, so it was hard to compete the last few years, but now the first products are hitting the market with more and more renewables, from plants versus oil, and that’s creating opportunities for us.” 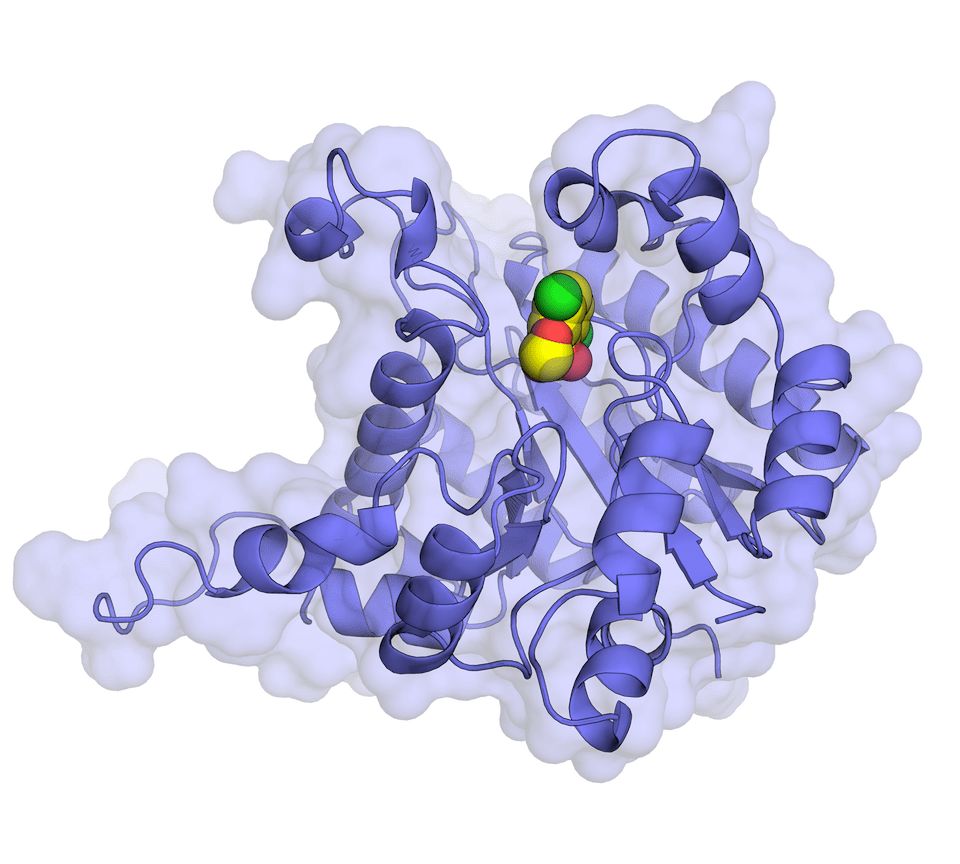 The endeavor gained ground in 2008, when Zanghellini and three other computational biologists published two seminal papers on computational enzyme design and synthesis in the elite journals Science and Nature. They laid the groundwork for Arzeda with preliminary operations at the University of Washington Center for Commercialization in Seattle.

With some seed investment, Arzeda was in business by July 2009. Without any large investments, it grew with customer revenue from the start, said Zanghellini, who earned his Ph.D. from the University of Washington and a master’s degree in scientific engineering from ENSTA/ParisTech in France.

Today, the company’s team of eighteen works in a Seattle building about 5 miles from where they began, in a building with a lab on the first floor and computational teams above.

Tags from the story
beer, Business