Take a bite (or sip) of entrepreneurship

It can be tempting to give up your desk job and start your own business. It can be even more tempting if you’re considering starting a food business (as long as you don’t eat your profits). Three Washington women turned their dreams into reality, and the results are delicious.

From Concerts to Crepes 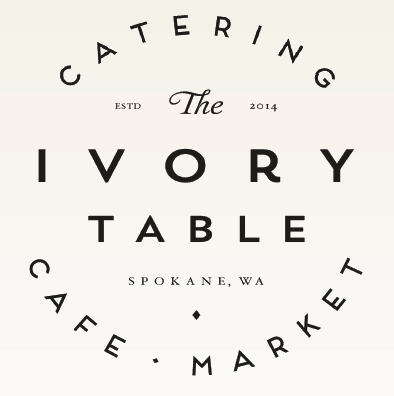 Kristen Ward has always had an entrepreneurial spirit. Although she has a background in some of the finest kitchens in Seattle, where she landed after culinary school, in the middle of her career she became a touring musician, supporting herself with music for several years.

After her daughter was born, Ward moved back to Spokane, the backdrop of her childhood. She had a kernel of an idea from her time leading culinary tours in Chinon, a tiny town in Northern France. One rainy day, she ducked into a café to wait out the storm. Within moments, she was eating a hearty buckwheat crepe (a specialty of the region) heaped with soft, spiced apples and Normandie butter. Since then, she’s been looking for a way to bring that French comfort and sophistication, coupled with her love of Pacific Northwest ingredients and flavors, to the inland Northwest. In 2014, The Ivory Table was born. Now, she creates the descendants of that first crepe every day in the café.
Each delicious crepe belies the intense amount of work involved in running a restaurant. “I’ve been in the restaurant industry for almost twenty years and nothing ever could prepare you for opening a restaurant until you actually do it.” yourself,” she said. “You can’t learn these things in school.”
Although the most visible part of the business is the café with its black-and-white striped awning, a tiny taste of France, Ward also caters large and small events, working with clients to marry her creativity with their vision.
Each month, Ward hosts a supper club, a prix fixe meal, with wine pairings, made from the freshest local ingredients she can find. “I believe in respecting food first and foremost,” Ward said. “I try to find ingredients that don’t need to be tampered with in order to show off their true beauty.” But it’s about more than just the food. “I’ve always been really passionate about dinner parties,” she said. The week before the dinner she pores over a seating chart, hoping to spark conversations and connections between guests. While preparing for a supper club, she sips wine from all over the world, closing her eyes to give it a chance to tell her what it wants to be served with.

The Ivory Table serves up fresh, local ingredients with panache.

This schedule already seems enough for two people, but Ward is not slowing down. “I’m really interested in doing pop-up dinners and farm dinners where we’re actually bringing a table to a farm and eating things that came out of the farm. I want to start doing cooking classes, too,” Ward said. “When I was in France, I’d go seek out some amazing ingredient and then teach the students how to work with it. That’s something I’m hugely passionate about.” She hasn’t stopped singing for her supper, either—she’s been writing songs and hopes to record another album this year.
Although running her own business is a juggling act at times, for Ward, it’s completely worth it. “With everything in my life right now there’s a lot of creative flow. Some things don’t work, but it’s not ever boring,” she said. “The feeling of being an entrepreneur and pursuing your dreams is exhilarating, especially when things start to work, that makes all of it worth it.”

Giving Back in a Glass

Ashley Trout knew nothing about wine when she moved from Washington, D.C. to Walla Walla for college. When a part-time job at a winery came up, Trout applied. “Luckily for me, it was at a time when there was not a huge educated wine workforce ready to be hired, because that certainly was not me, but I was there and I was willing to regularly show up, and I was willing to give anything a try, and in a small winery, that’s what’s needed,” Trout said. She kept that job for the better part of eight years, learning the rhythms of making wine and tending delicate vines. In 2004, when Trout was in her 20s, she started her own brand: Flying Trout, so named because she worked both the Walla Walla and Argentine harvests, making wine in both places. In 2010, she sold the brand to Mike Tembreull and Doug Roskelley of TERO Estates and stayed on as winemaker until 2015. “Like any 24-year-old entrepreneur, I made a ton of decisions that I wouldn’t make again,” Trout said. “I got to the point where I was really burnt out running it the way that I was, and I didn’t give myself any option to run it any other way. I’m very thankful for that five-year period. It was nice to take a rest from the classic stress of owning your own business and also to sort of regroup.”

For Ashley, crafting wine is as satisfying as drinking it.

But she couldn’t stay away forever, and in 2016 Trout launched two new brands—March Cellars, which Trout describes as “a good old-fashioned winery that aims to showcase both the hardship and the beauty of the West,” and Vital Wines, a nonprofit winery benefiting SOS Clinic, which provides free, bilingual medical care to vineyard and winery workers in the Walla Walla area, no questions asked. All profit from Vital’s wine sales go directly to the clinic. “It’s important to me that we do something like Vital, because a lot of people in the wine industry don’t have health care from an employer,” Trout said. “There are so many seasonal jobs and jobs that are just one day a week.”
It’s obvious that this idea has struck a chord. “Companies have come out of the woodwork to donate,” Trout said. During the 2016 harvest, she had to turn down tons of donated fruit because the wine community had provided an abundance. The wine community has donated everything from the bottles and labels to lab work and corks. “I want to be very careful not to imply that nobody was doing this and so I had to. It’s an industry that simply couldn’t focus on fixing it earlier because we are all small business owners, but it’s not something that people thought was unimportant.”
What’s next for Vital and March Cellars? “I think Walla Walla and Washington state wines are still relatively unknown throughout parts of the East Coast and the middle of the country,” Trout said. “I love traveling and that’ll be a lot of fun for me to go learn about these other places and introduce people to Washington state wines.” 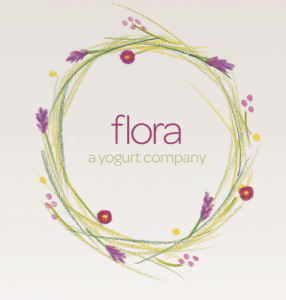 Karyna Hamilton, owner of Flora Yogurt, was in search of community when she joined a local milk co-op six years ago. “I was pretty inspired by these moms whose kids were a little bit older than mine. There’s another whole level of importance about what you feed this tiny little baby when you see how vulnerable they are and how much the things that they are exposed to can have an effect on them,” she said. She was getting better milk than ever before, but suddenly she had more of it than she knew what to do with “There was a recipe for homemade yogurt and so I thought ‘Well hey, I have all this milk, why don’t I give it a try?’”
The process was anything but effortless. “The first two or three times it didn’t work at all because I used cultures from the grocery store,” Hamilton said. “I couldn’t quite figure out why and it led me to research more. In the process, I learned about all the additives that they add to yogurt and I was a little put off. I finally found one that didn’t have all that other stuff and that would, in fact, make yogurt.” She started experimenting with yogurt for her family and a small group of friends. “People were literally dropping off glass jars on my doorstep at all times of the day and picking up these little packages of yogurt that I would leave out for them.”
A local small business owner and loyal yogurt consumer encouraged Hamilton to pursue yogurt as a source of income. The main roadblock was a pasteurizer with a $12,000 price tag. Hamilton created a Kickstarter, and to her surprise, it was funded. At that point, it was time to get to work. “I thought: OK, I’m doing this. This guy is building me this really expensive machine and I have a commitment to all these people. I have to up my game a little bit.”

Karyna collects cultures from all around the world to make her yogurt.

Hamilton reached out to friends on a fermentation message board, asking about heirloom cultures. “One woman has something like twenty-five different yogurts from around the world. She lives all the way on the East Coast and she freeze-dried yogurt for me and mailed all of these individual little cups of yogurt cultures so that I could rehydrate them and try them out at home. I made all these different yogurts and I tried them out on my little yogurt community. There were ‘yeas’ and ‘nays’ and ‘no ways.’ I ended up landing on four or five different varieties that I make now.”
While the yogurt most commonly found in the grocery store is based on a Bulgarian style and taste profile, there are hundreds of styles of yogurt. In addition to a Bulgarian version, Hamilton makes a Swedish yogurt called filmjölk, a Greek heirloom, a cultured buttermilk and occasionally a Finnish yogurt called viili. Her products are available at some local grocery stores and farmers markets. “I’m just happy to make yogurt and that people love it,” Hamilton said. “I am proud of what I do. I think that I contribute to the world in a way that I can really lay my head down at night and be satisfied.”

Tags from the story
startup