Water From Wine: A Washington farmer uses grapes for the greater good 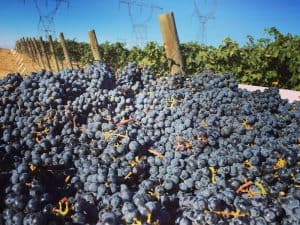 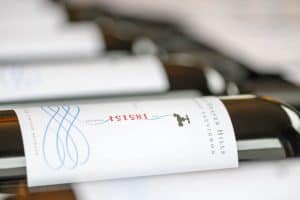 Sometimes doing good simply takes thinking outside of the box—or barrel, as the case may be. In 2012, Pat Tucker—a Paterson, Washington, farmer for more than forty-three years—came up with a brilliant plan. He decided to use the 6-acre vineyard on his family farm to benefit nonprofits, specifically those already invested in international clean-water projects. Situated in the Horse Heaven Hills region, just north of the Columbia River near the Oregon border, Water from Wine enjoys its placement between the esteemed Columbia Crest Winery and Chateau Ste. Michelle.

The organization focuses on water because, according to the World Health Organization, 2.5 billion people worldwide lack access to clean water and a simple toilet. Other stats indicate that 5 million people, mostly children under the age of 5, die from water-related illnesses each year, and collecting water takes up as many as 200 million hours a day, mainly by women and children. Water from Wine partners with organizations already working to end the global water crisis, like Seattle-based Water1st International. For the initiative’s name, Tucker sought inspiration from e Bible, specifically John 2:1-11, in which Jesus first turned water into wine.

Tucker decided to symbolically sip that phrase to describe his own team’s mission. In the fall of 2014, Tucker’s family, friends and community members gathered to harvest the first grapes. He reached out to longtime friend Charlie Hoppes of Fidelitas Winery to make the wine, and that first harvest yielded an impressive 984 cases of cabernet sauvignon. Tucker, who was impressed by Water1st’s work, pledged 100 percent of the proceeds from each bottle sold. Through this partnership, each case provides one family in Mozambique, Ethiopia, Bangladesh and Honduras with clean water and a toilet for life. To date, supporters have bought 3,900 bottles of cabernet sauvignon, which has raised $117,000 and translates to 1,300 people now enjoying the basic human right of water.

So far, Water from Wine has released ve varietals, including the most recent—a 2015 Red Mountain cabernet sauvignon. Another impressive stat—worldwide, 35 to 50 percent of water projects tend to fail within the first five years. However, not a single Water1st project has fallen through, thanks to meticulous monitoring and models built to last. Tucker said marketing has proven the biggest hurdle. “We want to get the word out there to increase sales, thereby increasing the amount of money we donate to clean water projects, but it’s been a challenge,” he said. However, staunch support from the community—and uplifting results—provide more than enough inspiration to carry on with the cause. For the last couple of harvests, the organization has welcomed help from between 120 and 140 volunteers. “ The most fulfilling part of this endeavor has been donating the proceeds from our wine sales to organizations like Water1st,” Tucker said. “Knowing that all the hard work put into harvesting the grapes, getting the wine in the bottle and selling the wine means that more people around the world have access to clean water.”