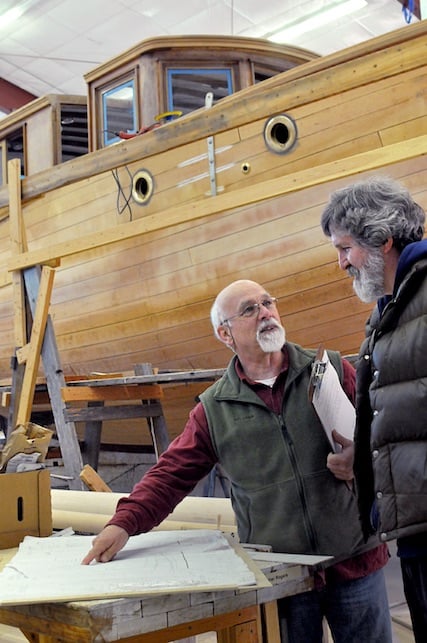 Carl Chamberlin caught the boat bug when he was 12. His father brought the family of nine, originally from Newport, Oregon, to Spain to build a dream boat. Chamberlin spent part of his days working on the boat in the yard and the other part reading literature about boats.

A self-taught boat designer of more than fifty years, Chamberlin now resides in Port Townsend with his business, Basic Boats—a name that refers to his straightforward, streamlined style of design. “For me, boating has always been simplicity and that’s always been a theme for me,” he said.

One of his favorite projects was designing a 9 ½-foot plywood kayak for the Port of Toledo Wooden Boat Show. Over one of the show’s weekends, families came out to learn how to build their own kayaks, called ‘Nufs, based on Chamberlin’s design. 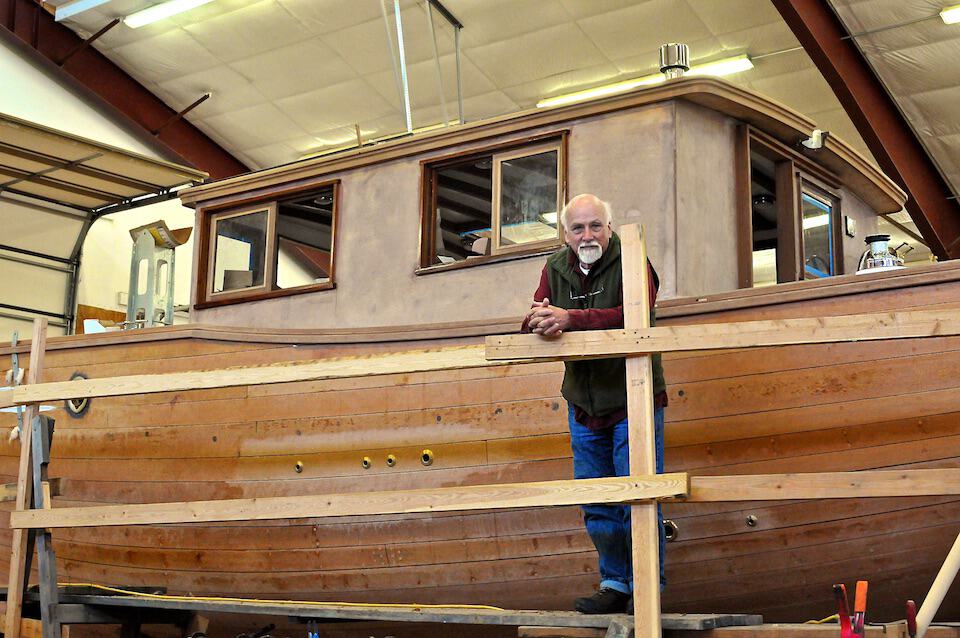 Using conceptualization, hand drawings and CAD programs, Chamberlin designs commercial fishing boats, sailboats and yachts—anything a client wants. But his heart is in the small, wooden boats that don’t have much of a market these days. In his early 20s, he bought his first little sailboat, which he decided to sail up the coast to Port Townsend to start his business.