In the middle of the hottest days of August, when everyone is counting down the moments before they can escape to the lake, even just for an afternoon, it’s time to start looking more closely at the bushes high in the mountains. Huckleberry season has come.

There are other indications as well. Suddenly, huckleberries are on every menu, ingredients in pancake syrup or a salmon glaze. One local producer incorporates them into a sweet wine.

Sometimes I’m tempted by the tiny, dark purple orbs at the farmers market. There is a man there who sells beautiful chanterelle and morel mushrooms, garlic scapes and baskets of huckleberries, all foraged from the fields, mountains and valleys just outside the city. At the market, huckleberries are never less than $20 a pound.

As a kid, I learned to keep sharp eyes for huckleberry bushes on family bike rides on Mt. Spokane, high above my city. In the summer, the trails we used to cross-country ski became perfect for mountain biking. It was overwhelming to see so much lush green in a place I’d only experienced covered in heavy snow.

We would stop whenever we found a likely place, and my mom, dad, brother and I would spread out with large Ziploc bags or small Tupperware containers, looking for berries the size of a pea. It took a lot of huckleberry bushes to fill up even a small bag. 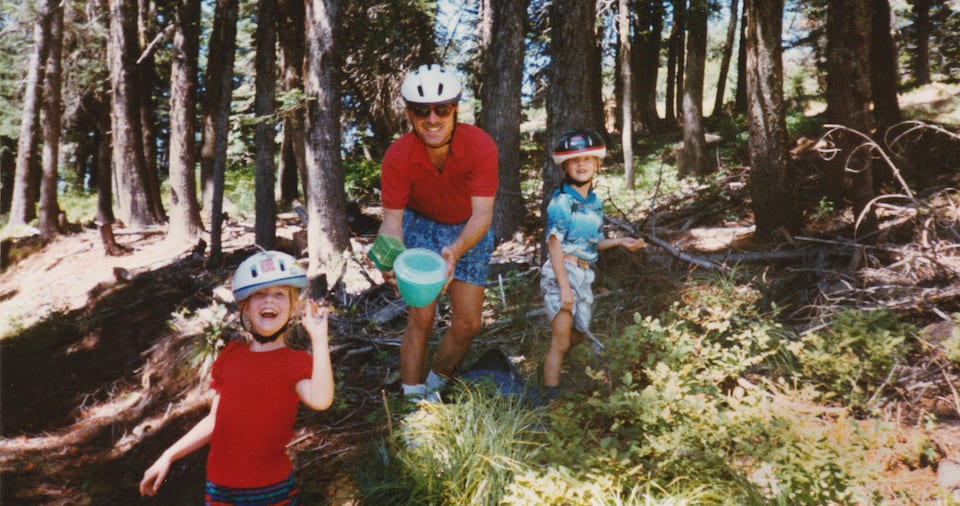 By the end of those days, my back and legs were sore and the back of my neck was sunburnt from leaning over bushes, hoping to rob the wildlife of their fruit. But it was worth it when my mom would make pancakes, carefully dropping just a few precious huckleberries into the cakes already in the hot pan.

These were different than the blueberry pancakes we had at other times of the year with blueberries from our own garden. The huckleberries managed to be both generously sweet and slightly tart. Later, it began to make sense that they worked so well with savory and sweet. They refused to fit into my preconceived ideas of what a berry should be. 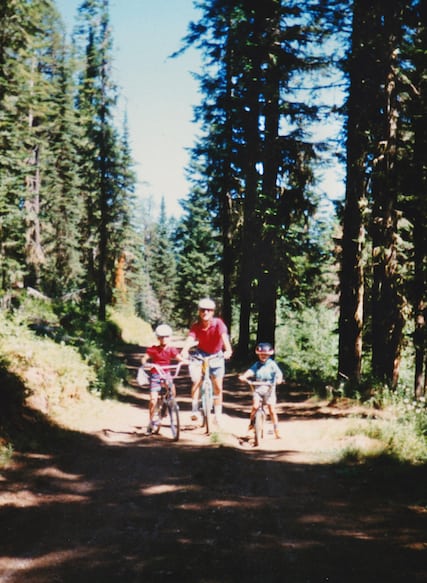 One summer evening, I went on an adventure with a friend and her husband. She told me to bring along a container. “Are we going huckleberry picking?” I asked. “You guessed it!” she said.

We drove up the mountain, looking for the right spot to pull over and start looking, starting at about 2,000 feet. My ears began to pop. Soon, we picked a patch and settled in, filling our containers with purple-blue dots.

We weren’t far into our work when we heard a sound, deep and keening. Turning around, we saw a moose on the trail, peering at us curiously. “Move very slowly,” my friend said as she clutched her huckleberries. We slipped out of the huckleberry patch and inched along the trail toward the car, eyes on the moose.

We headed back to town, ready to top our vanilla ice cream with our edible treasures. I like to think that after we left, the moose took our place in the huckleberry patch, treating himself to a little dessert of his own.