Pike Place Market undergoes its first upgrade in more than 40 years, to open on June 29

Pike Place Market is a Seattle icon. Founded in 1907, it’s one of the oldest continuously operating public markets in the United States. Tourists flock to market to watch fishmongers toss salmon and halibut for photo-ops. Locals shop for Pacific Northwest staples.

After a long wait and the first upgrade in more than 40 years, the new Pike Place MarketFront is almost ready to make its big debut. 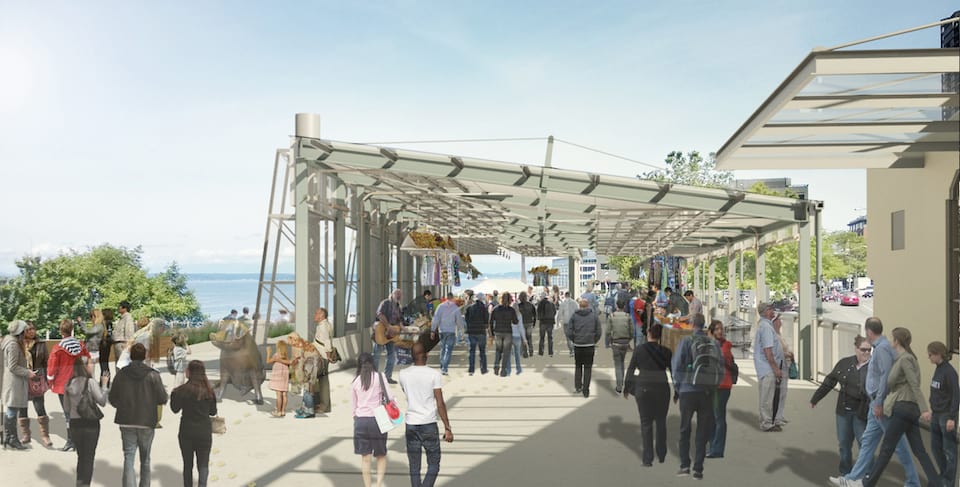 The $74 million project includes a public plaza and a grand front deck with knockout views of Elliott Bay, Mount Rainier and the Olympic Mountains. It will bring in nearly four dozen new vendors, including Old Stove Brewing Co., Jarr & Co., Honest Biscuits and indi chocolate. In addition, it will have forty low-income senior housing units, as well as social service resources. Visitors will also be treated to three new public art installations: NW Microcosm, Western Tapestry and Billie the Piggybank. 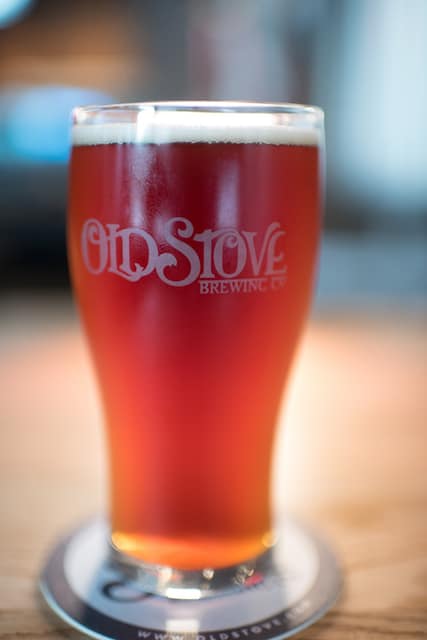 On June 29, the Emerald City will celebrate the highly-anticipated unveiling of the MarketFront expansion. From 1-7 p.m., join Mayor Ed Murray and local musicians over a bevy of bites to experience the brand new, 30,000-square-foot space.

“The MarketFront represents the culmination of the vision for the Market, established more than 40 years ago, when it was saved from demolition by the people of Seattle,” said Ben Franz-Knight, Executive Director of the Pike Place Market Preservation and Development Authority. “This project also represents the future, as it will provide a vibrant connection between downtown Seattle and the future waterfront.” 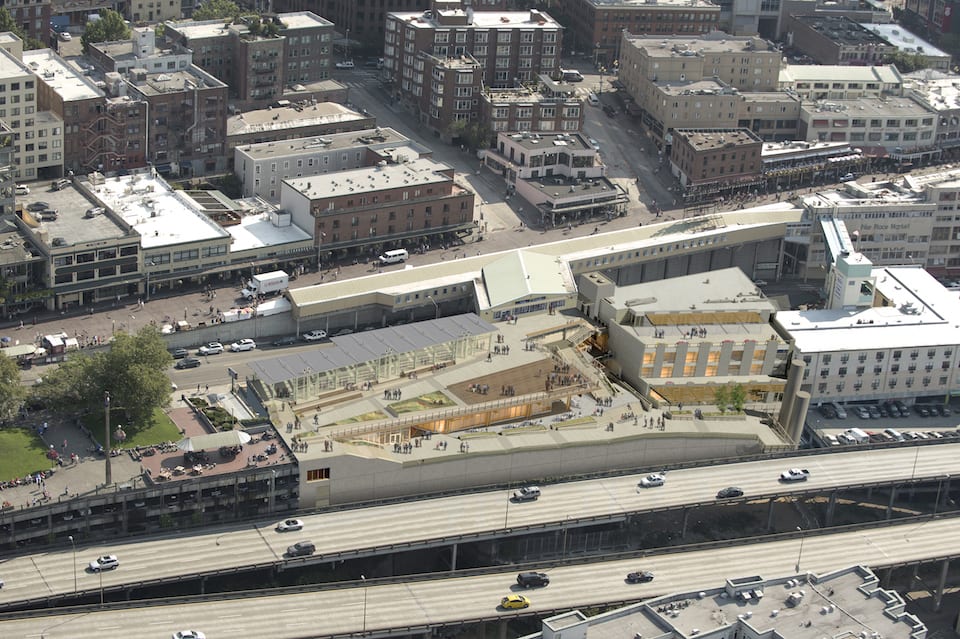 Eventually, the MarketFront will connect with the waterfront.

Since shoppers first descended upon Pike Place Market in 1907, the public marketplace has been a vibrant part of Seattle’s downtown landscape. This latest upgrade only secures its commitment to the community for the long-haul. Whether you live in the city or are simply passing through, it’s hard not to have a connection to this historic site.

For more information on the MarketFront festivities or to check out the transformation for yourself, visit marketfront.org/grandopening.