Robin Oliveira hits the stacks to flesh out her latest novel

After years of writing and studying the written word, Robin Oliveira hit pay dirt in 2010 when she published My Name is Mary Sutter, a historical novel about a woman who defies odds to become a Civil War surgeon. Now she’s back with a new novel, again with Mary at its center. Winter Sisters about two little girls who go missing in Albany, New York in the 1870s, cuts deep with truths about what the world was like for girls and women at that time.

Hint: the age of consent at that time in New York and many other states was just 10 years old. That was what sparked Oliveira’s decision to write the book—in fact, she was in the midst of writing another book when she came upon that nugget, and it shaped the entire novel for her. “I was looking for something else,” she said. “You have to be open to those serendipitous moments.” 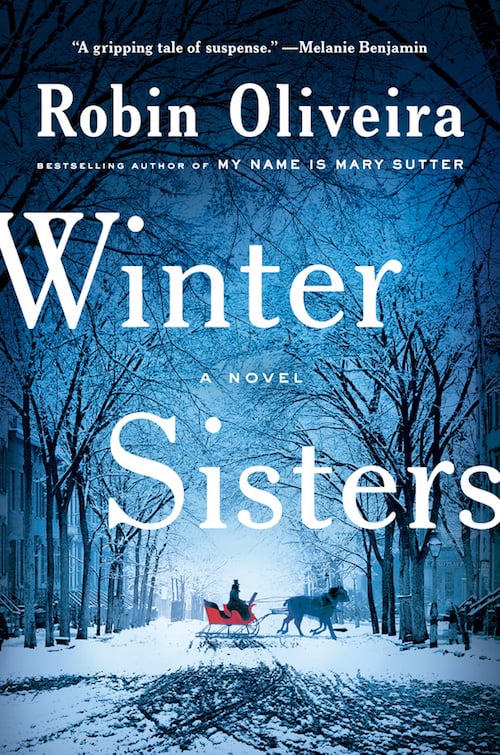 When and why did you begin writing full time?

I started writing when my son was in kindergarten. The reason I became a writer is that I’m a reader. I’ve been a reader all my life—I love books. My first degree was in Russian from the University of Montana, which I earned in the middle of Watergate, and I didn’t really want to be a spy for Nixon, and I had to eat, so I went back to nursing school and that turned into a real calling. I got married in my early thirties and had children, and when my son went to school, it was either go back to nursing or try to write a book. My husband sort of gave me the freedom to explore. I wrote short stories and a novel that never got published. My second novel (the New York Times best-selling) My Name is Mary Sutter, came out when my son was a sophomore in college. It took me that long. I believe we can reinvent ourselves if we choose.

Your books take place in the nineteenth century—how do you make sure they’re historically accurate?

If I’m depicting real place or people, I’m extremely careful to get as many of the details as I’m able to track down. That involves old maps, reading old newspapers, reading diaries if I can get my hands on them, le ers if I can get my hands on them. For this book, I was hunting down as best I could how the trial procedure was back then. It’s a sort of persistence of searching for very obscure data and information. I don’t research first because I don’t know what I’m going to need to know. What I always say is research gives me story, and story gives me research. I’ll be writing along and realize I don’t know what I’m talking about, so it takes me down a hole.

This is your second book featuring your character, Mary Sutter. Was that fun or a challenge?

It was both, really. The challenge was to know what had happened to her since the finish of the last book. But the other challenge was to make certain that I didn’t use her as a trope, or a crutch, because she was beloved by so many readers. I wanted to honor her character and life and make certain this was something this character would be interested in. People kept asking me after they finished My Name is Mary Sutter to have this character reappear, and I couldn’t think of a single thing as challenging as becoming a surgeon in the Civil War. That is, until I came across the fact that the age of consent in Albany was 10. That was when I knew I had something that this particular character would confront.

You deal with some pretty dark subject matter. How did that affect you as you were writing?

It was extremely dark to try to focus on, and I spent a good two months depressed. I didn’t quite know how to write my way out of that one, and I was pretty stymied and stalled, and I wondered whether or not this was a place any reader would want to go with me. I called my agent and said, ‘I’m stuck and I don’t know what to do,’ and she read the pages I’d sent and she made a suggestion for a change that provided a ray of hope.