Not many universities have eleven grizzly bears living on campus. Washington State University is an exception. On the east side of campus, across from the WSU Arboretum, is the Bear Research, Education and Conservation Center, a 2-acre facility where educational research is conducted on the North American brown bears.

The Bear Center conducts research on captive grizzly bears for university, state and federal biologists, as well as conservation groups. Its research involves hibernation and metabolism, obesity and diabetes. 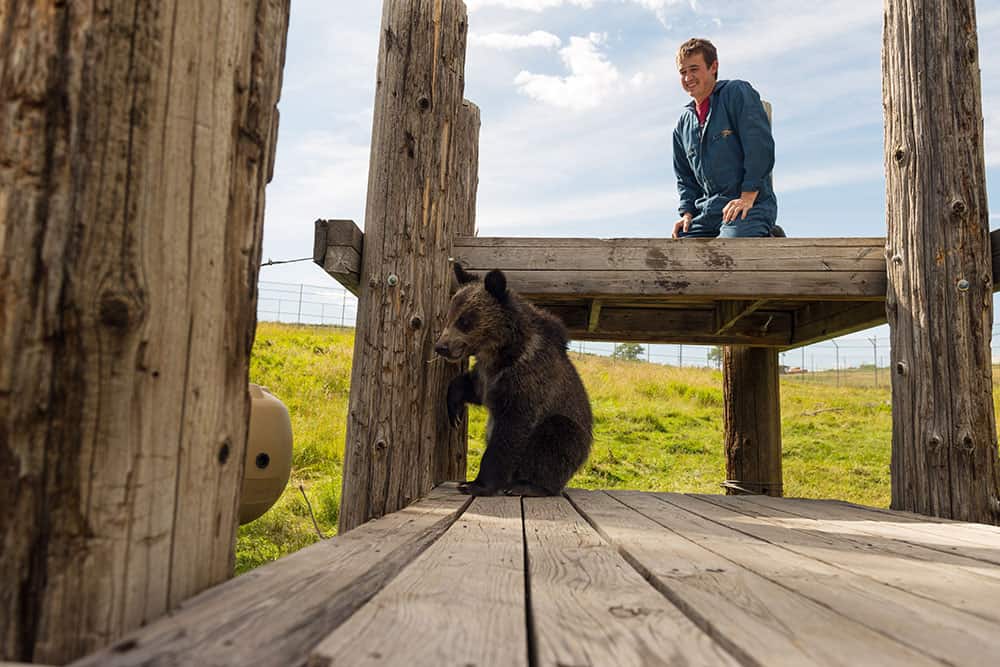 Brandon Hutzenbiler, manager of the Bear Research, Education and Conservation Center, works hands-on with the 300- to 600-pound animals on a daily basis.

Grizzlies here come from all walks of life—some were born in the Center, others brought in from the wild of Yellowstone after being deemed “nuisance bears” for entering campsites or disturbing human areas. While many of the bears are trained to interact with their caretakers using hand signals, Huztenbiler makes it clear to his volunteers never to forget the type of animal they’re working with. “These bears are in captivity, but they are by no means domesticated,” he said.

These bears would otherwise be kept in zoos, few of which have the resources to produce effective data. The Center’s research is crucial in comparing the affect of humans on bears, such as the affect of tourism on Yellowstone grizzlies. The Center has found that human presence affects bear population, diet and reproduction rates.

This conservation research by WSU is important on a wider scale for preservation and regeneration of bear populations all around the world. Bears everywhere, including grizzlies, are facing dwindling populations and threaten extinction.

Did you enjoy this story? We think you’d like this one, too!

Tags from the story
my workspace