On May 21, television drama Twin Peaks will return on Showtime after twenty-five years of hiatus, drawing cult followers back to Twede’s Cafe in North Bend, otherwise known as the Double R Diner.

Twin Peaks put the small towns of North Bend, Snoqualmie and Fall City on the map in 1990 as the filming locations for the ABC television drama starring Kyle MacLachlan. A frequent hangout in the show, the Double R Diner still exists in North Bend as Twede’s Cafe—and it continues to serve the famous cherry pie and “a damn fine cup of coffee.” Originally built in 1941, a fire closed down the building in 2000, which has since been restored. The café, however, retains its dark, campy feel that originally drew in director David Lynch. 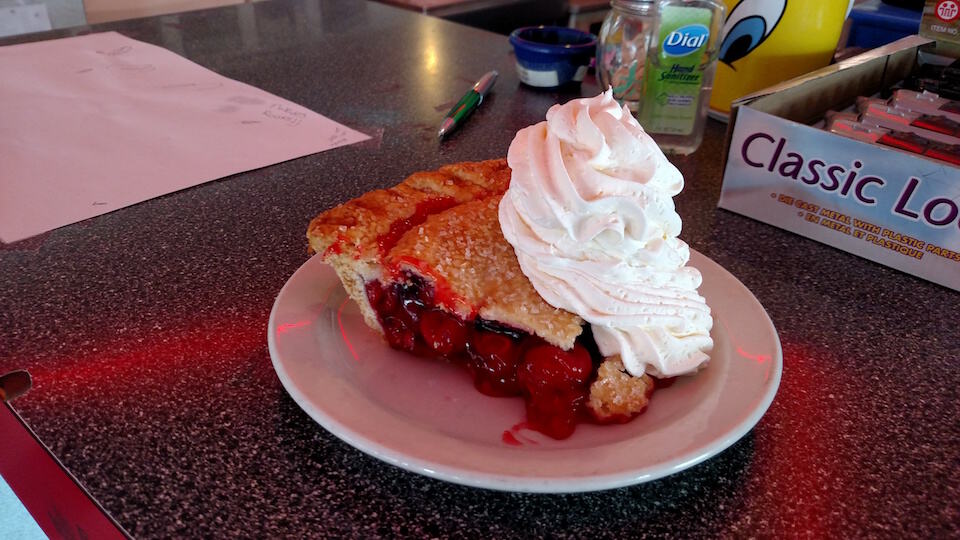 The new version of the show keeps its old tricks, with several returning cast members and many of the same shooting locations, including Twede’s Cafe. The network provided a permanent update to the café in 2015, but the real win for owner Kyle Twede will be the influx of business spurred by the return of the series. If you visit, expect to see loyal fans, cameras in hand, swarming for their cups of coffee and slices of cherry pie.