For so many, nothing seems more glamorous than a career in the food world. Whether you’re cooking on the line in a busy restaurant, creating wine or putting the finishing touches on a truffle, it sounds to some like a dream come true. For Thane Hawkins, Michael Poole and Tiffany Ran, these career changes became a reality, though none started with a career in the food and drink industry in mind. In fact, they were engaged in careers many other people dream about for different reasons. Their stories are a good reminder that sometimes the most fulfilling paths are the ones we don’t expect.

It never occurred to me throughout all the years I was learning to cook that I should be making Taiwanese food.

From Line Edits to Line Cook 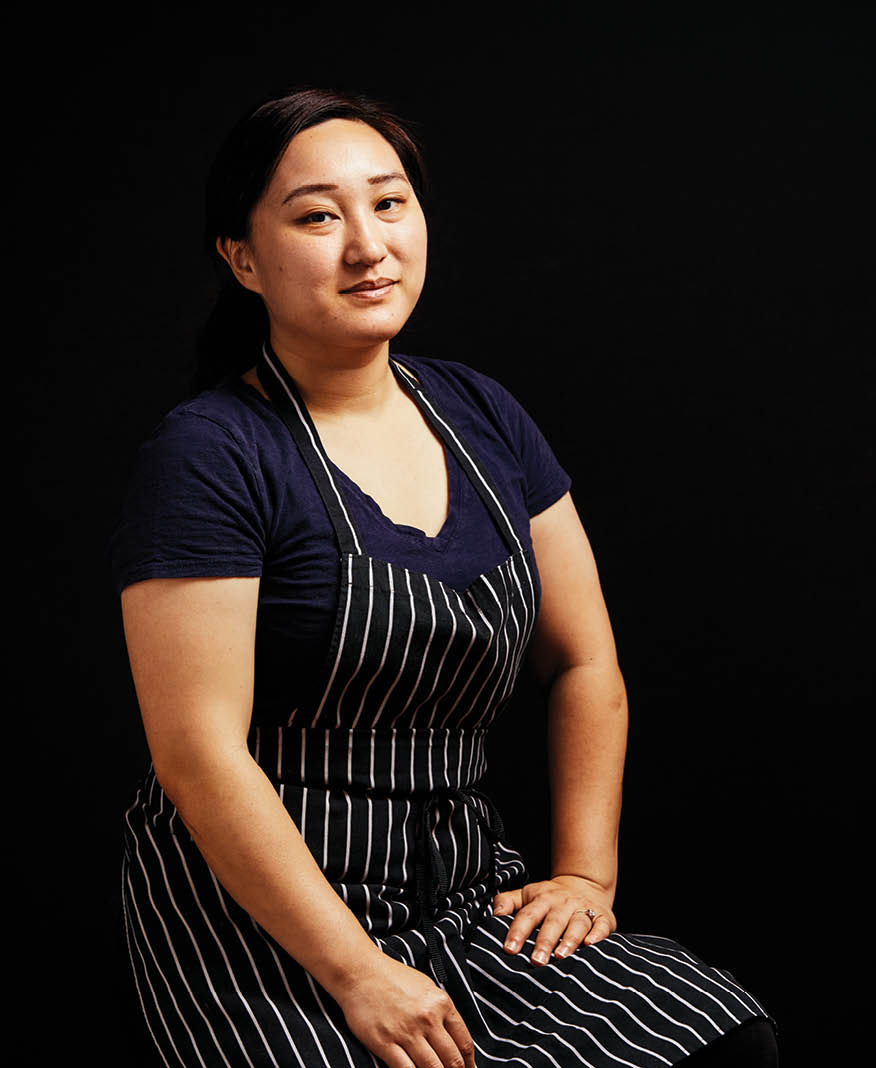 Tiffany Ran had never worked in a restaurant and didn’t have any chef contacts, but she was passionate about food. With a degree in journalism, she hoped to break into the food writing world. During a stint as an intern at Yes! magazine on Bainbridge Island, she stumbled across a restaurant just getting ready to open. She asked to talk to the chef to see if she could be a fly on the wall and write about it, and he said yes. But as the restaurant started to get going, Ran had a choice—watch and take notes, or pitch in and help—and she chose to roll up her sleeves and get to work. That restaurant turned out to be Hitchcock, and the chef Brendan McGill. Ran’s decision to help get things started led to her first stage—an unpaid internship crucial to the culinary world, learning to cook from McGill and the other members of his staff.

Within a couple of years, Ran moved to Seattle, still trying to balance writing with cooking. She had an internship with Seattle Met and became an interim editor at Northwest Asian Weekly, but more and more, her heart was in the kitchen. Once in the city, she became a line cook at Renee Erickson’s The Walrus and The Carpenter, going on to work with Mutsuko Soma on Miyabi 45th and Kamonegi. The desk job during the day and cooking all night got to be too much—she chose to tell stories in the kitchen instead.

Though Washington had been her home for nearly a decade, Ran was still homesick. Born in Taiwan, she’d grown up in the L.A. area, where it was easy to find Taiwanese cuisine—in Seattle, not so much. After lots of urging from friends in the food community, last year she launched her own Taiwanese pop-up: BaBaLio (aka BB6), as a way to explore the flavors she missed. “It never occurred to me throughout all the years I was learning to cook that I should be making Taiwanese food,” Ran said. “I think you always get the sense that the Western cooking is the real cooking.” While she explored Taiwanese cuisine in her own kitchen late at night after work, it took a comment from a colleague to start thinking about cooking it for other people. “‘You should appreciate that you’re homesick because it makes you curious, it makes you want to explore that,’” Ran remembered. “That stuck with me.”

It seems like sometimes along the way another door opens and you walk through the door—you just never know what’s going to happen.

From Fireman to French Macarons 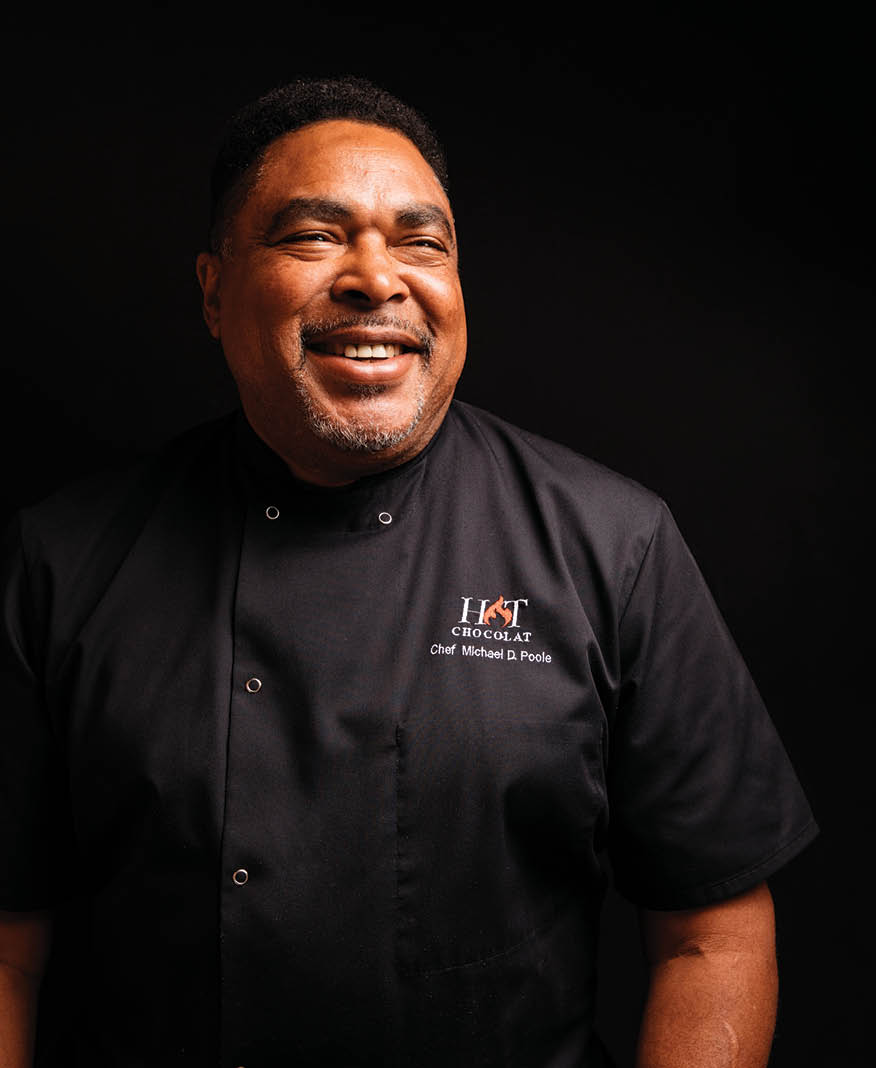 When Michael Poole was a new recruit to the Seattle Fire Department, he wanted to be where the action was. A downtown station was willing to hire him, but only if he could cook. Though he’d always been interested in the culinary life of his family, he’d never cooked so consistently before. “That’s where my culinary journey began,” he said. He started with hearty meat-and-potatoes meals, but soon began to branch out. “I started buying Bon Appétit and Gourmet magazines, and I would challenge myself with more sophisticated recipes.” Eventually he won the firefighter seafood cookoff three times in a row—the next year they invited him to be a judge—and both the regional and national firefighter chili competitions, prompting Rachael Ray to invite him on her show.

After a couple years, Poole started a concession business on the side, selling Jamaican food at street fairs and eventually doing some catering. The business was successful, but he put it on hold when he decided to go through the process of becoming a lieutenant, which took two years.

Once that hurdle was complete, Poole started thinking about new dreams—a friend mentioned a course at Le Cordon Bleu that could be taken a chunk at a time. Poole decided to give it a go. He started spending three months a year in Paris, learning the art of French cooking. Along the way, a friend offered him a job working in her chocolate factory just outside Paris, and he learned chocolate making. He graduated in four years as class valedictorian.

His catering clients had grown accustomed to asking what new techniques he’d learned in Paris, and they were delighted when he started making chocolates for the end of the meal. Eventually, he began selling them through retail venues, garnering more awards.

Now, besides his work at the fire station, from which he plans to retire at the end of this year, he mostly teaches classes in chocolate making and French macarons. He’ll still cater for a loyal clientele, but his hope is to be able to teach more once he retires from firefighting—he doesn’t cook as much there anymore, but will still fill in once in a while. Beyond that, he’d like to be able to take groups on chocolate tours around the world.

Looking back on his varied career, it’s clear his path wasn’t planned. “It seems like sometimes along the way another door opens and you walk through the door—you just never know what’s going to happen,” he said.

For Poole, Ran and Hawkins, the unknown turned out to contain many delicious surprises.

At some point, I just became a believer in fate. I’m always kind of keeping my antennae open towards where
I should be going, not necessarily in terms of a career, but just tweaking the business model on an as-needed basis.

From Monsters, Inc. to Mourvedre 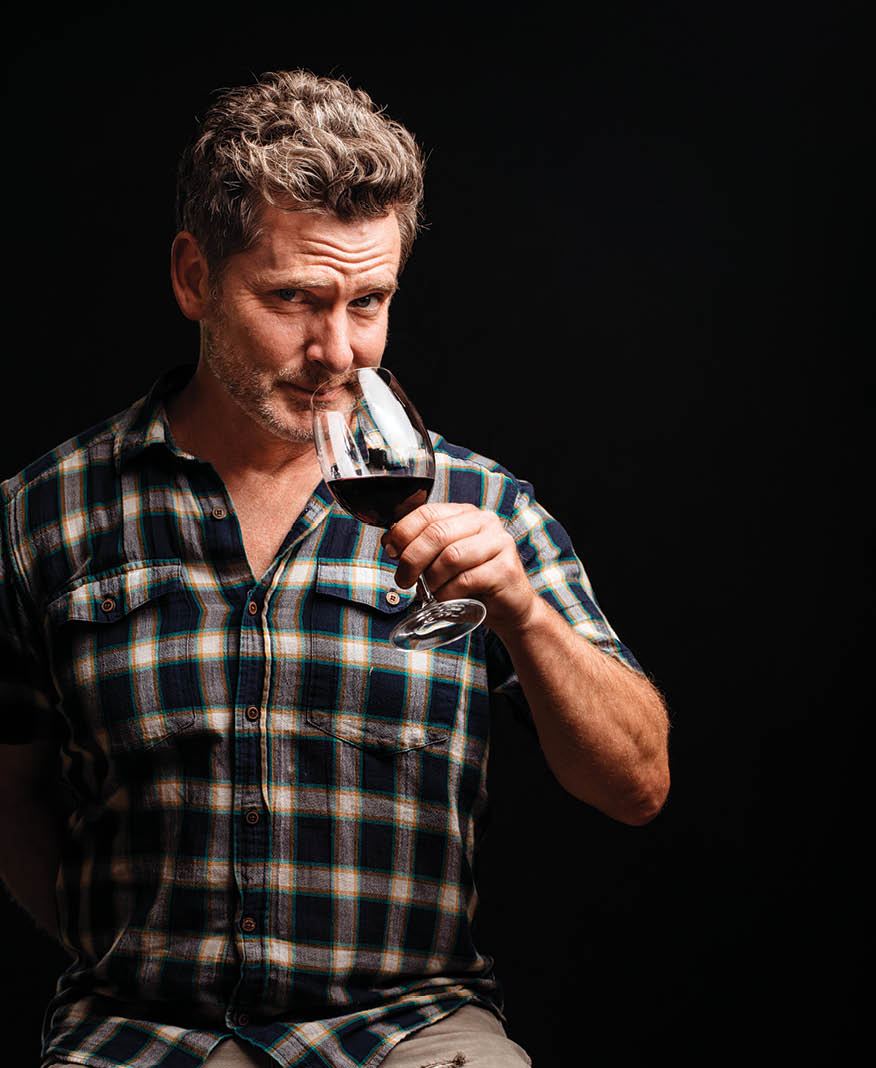 A chance to take a few classes in film started history and English major Thane Hawkins on the road to his first career in the fledgling animation industry. One thing led to another, and by way of Vancouver and New York City, he was soon in the San Francisco Bay Area working on a new crop of animated movies—Antz, Monster House, Shrek, and Monsters, Inc. among them. Hawkins described his role as “somewhere between the director, photographer and the art director,” focusing on color and lighting and other elements of visual experience. Meanwhile, Hawkins began to cultivate another passion—wine. With Napa and Sonoma in his backyard, he spent his free time learning about different varietals and stylistic differences.

During a leave of absence, Hawkins moved to Oregon, where pinot noir became his focus. He began to dream of bringing big reds to Oregon for those who wanted an alternative to pinot. Though he continued to work in the arts world, including as a teacher, wine was calling him. After working harvest for local winemakers and making wine in his garage, he knew he was hooked. A day job in the visual arts world coupled with a local viticulture program kept him busy, but not too busy to continue experimenting with wine.

By the end of 2013, Hawkins had transitioned to wine full time, opening his first Hawkins Cellars tasting room in Dundee, Oregon, with the goal of bringing farther north the big reds he loved from his California wine country days.

Hawkins began to appreciate the wine coming out of the Yakima Valley. Though you can still buy some of his Oregon wine, now most of his energy goes into making wine at his small facility in Underwood. Hawkins’ partner, Deb Michaelson, owns property on Underwood Mountain and introduced him to what might be Washington’s only cool-climate growing region. He’s focused on creating interesting wines from grapes mostly grown there. “I like working with interesting varietals with different, interesting flavor profiles,” Hawkins said. “I just like making wines that are a little bit out of the box.”

Though he’s happy with his current gig at Hawkins Cellars, he always has his ears open for the next thing. “At some point, I just became a believer in fate,” he said. “I’m always kind of keeping my antennae open towards where I should be going, not necessarily in terms of a career, but just tweaking the business model on an as-needed basis.”

Though it might seem like a large leap from visual arts to wine, Hawkins sees a lot of similarities. “They both require a blend of aesthetic and science or technology—you need to understand both worlds to be successful.”