written and photographed by Jon Jonckers 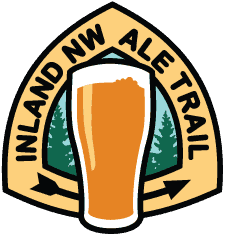 Certainly, some beer drinkers take the map very seriously, vowing to visit each location. But the real secret behind the success of the Inland NW Ale Trail map is the creative ways people collect stamps. Some beer drinkers only pay visits on special occasions. Others pay visits only by bike, or only collect stamps if they introduce a friend to a brewery. Many couples use the map to plan date nights.

Each brewery has a great story, is making tasty beer, and contributing to the community in one way or another. For example, the Riverkeeper IPA from River City donates a portion of the proceeds to preserving and protecting the Spokane River.

The brewery map stretches from Ellensburg in the west to Wallace in the east. Maps are available at the participating breweries. Arrive thirsty and leave happy with the path to your next brewery visit in hand.

Tags from the story
beer