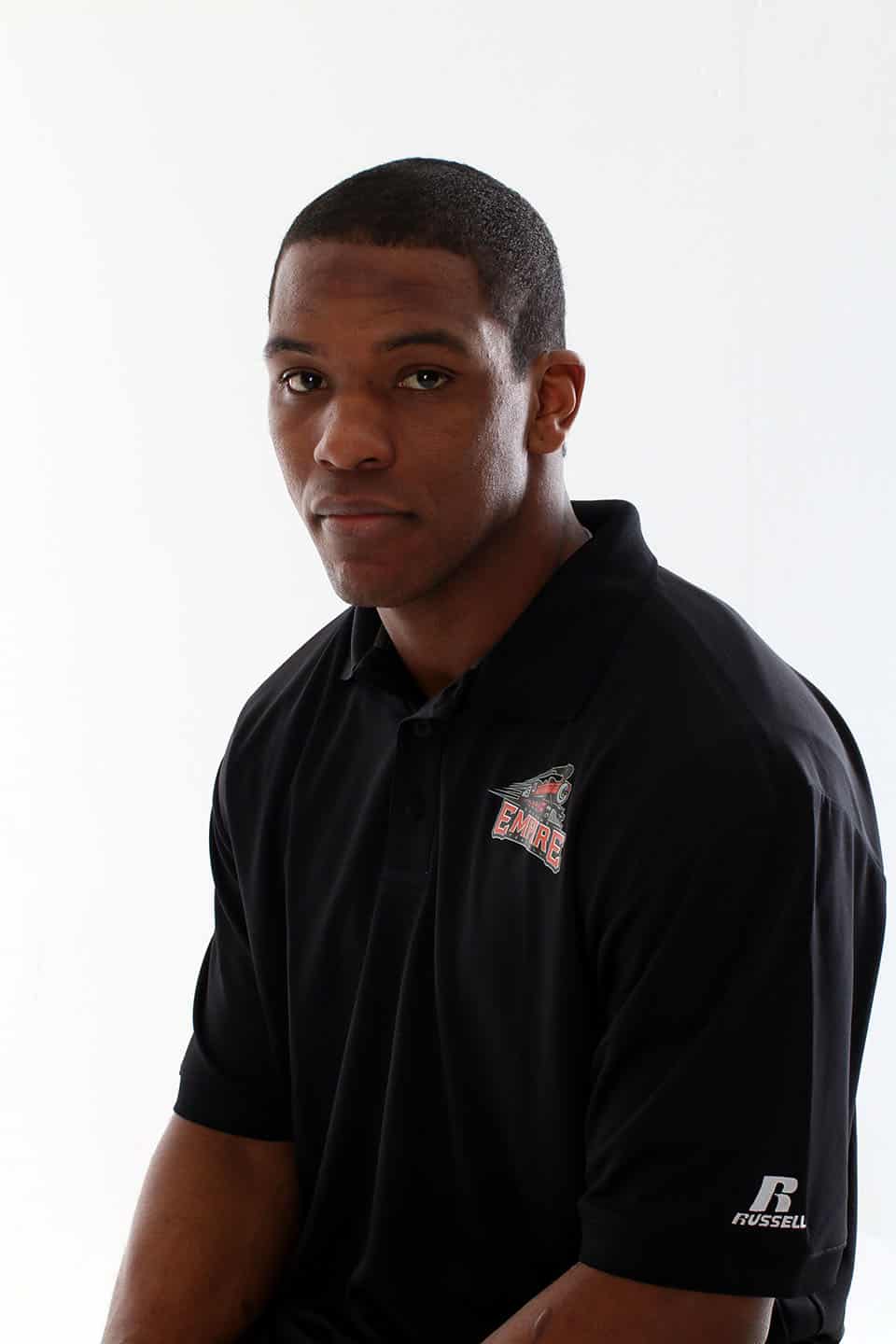 When you think of football in Washington, you likely picture the Seattle Seahawks, or the recent success of the Washington State Cougars and University of Washington Huskies.

But Trevor Kennedy and the Indoor Football League’s Spokane Empire are here to tell you that while it might look a little different, the skill and fitness levels are very much the same.

The Spokane Empire joined the Indoor Football League in 2016 after defecting from the Arena Football League (the team was known as the Spokane Shock), and finished atop its conference with a 12-4 record. The Empire lost to the Sioux Falls Storm in the league’s version of the Super Bowl last July. Games run from February through July, and are played on a 50-yard field surrounded by walls with eight players a side.

Kennedy, a running back, took the league by storm in 2016, being named the league’s offensive rookie of the year and leading the league in scoring, despite missing the final three games with a broken leg.

Though the game looks a little different, Kennedy doesn’t see much difference in how fit he has to be to perform. “I believe that if you are in shape enough to play outdoor football, the transition is pretty subtle,” he said. “The differences for me are more from the style of play and speed of the game, which is drastically different mostly because of the indoor field size. You only get used to it by actually playing.”

Kennedy started playing football when he was 7 years old, and played soccer and basketball growing up. He played football for Mercyhurst University in Pennsylvania, and has also played in the Canadian Football League and participated in NFL tryouts. Now he’s enjoying Spokane, with its lakes and mountains and trails. “I love nature and being outdoors, and I am finding out there is no better place to experience those things than here in Spokane,” he said.

Coming back from a broken leg has been no easy task. Kennedy said he’s struggled with what he calls athlete’s depression (“The feeling that you will never be the same,” he said). But once he began working with a physical therapist he started seeing results, and became confident he could return to the field.

“I struggled with it for a while but I made it over the hump and am getting to the fun part now,” he said. “Early on, while I was still on crutches, I would go to the gym three days a week. All I could do at that point was lift upper body, and I started doing that about a week after surgery. After two months in a cast, I was able to begin physical therapy.”
He’s still recovering from his injury, but Kennedy has his sights set high. He hopes to ultimately make a 53-man roster in the NFL, but isn’t worried if that’s not in the cards.

“If being the best and working hard doesn’t take me to the NFL, then I will have fun while I am chasing it, because this is what I love to do and am most passionate about,” he said. When it’s all over, Kennedy wants to start his own training facility to work with elite athletes.

In the off-season, Kennedy trains five days a week and takes two rest days. Four of the five days are split into two workouts lasting about two hours.

• Thirty minutes of stretching and warming up.

• Speed days: running technique and drills, use a parachute for resistance running.

• Upper body days: push/pull system doing exercises such as bench with a barbell row, or dumbbell single-arm press with pullups.

• Lower body days: Focus on whatever attribute he is trying to improve or increase. Example: linear speed—start with a hang clean followed by squats, deadlifts and auxiliary exercises.

• Thursday and Friday: variations of Monday and Tuesday.

In-season, Kennedy trains twice a week at the most, depending on the time off between games. Those are usually one upper body day and one lower body day, but mostly he focuses on rest and recovery.