In Seattle, Blokable is proving that with a little ingenuity, private enterprise can help combat the homelessness crisis. Amid the issues of homelessness and lack of affordable housing, former Amazon executive and Blokable CEO Aaron Holm decided he could do something about it. Understanding that technology could solve problems, Holm looked at ways to provide innovative, affordable housing alternatives. At first, it appeared shipping containers might be the best solution. “A few years ago, converting shipping containers was becoming quite the rage, but it seemed the wrong approach for what [Holm] envisioned,” said Tim Miller, the company’s vice president of design and one of four co-founders. “We wanted a viable, livable environment and the shipping boxes seemed to be the wrong approach.” Founded in March 2016, Blokable’s team spent nearly two years perfecting its product. The result is high- tech, customizable housing units, aptly dubbed Bloks, manufactured from its Vancouver, Washington, factory. Outfitted with a steel frame strong enough to withstand earthquakes and design elements like smart-home technology, Blokable has arguably pioneered the prefab trail of the future.

“We have sensors embedded into the walls to track, adjust and control water, power, light and heat and cooling systems,” Miller said. “We have also integrated advanced materials, like K-Life, which kills bacteria by recycling the air every few hours from restrooms, bathrooms and kitchens—making homes healthier and safer.” The rectangular units come in lengths from 18 feet to 38 feet, at a cost of between $150 to $350 per square foot. They can be shipped anywhere within a thousand miles of the Vancouver factory. “We are utilizing many commercial-grade materials not typical in conventional housing construction,” Miller said. “We are focused on materials that wear well, last long (up to fifty years), and give us the flexibility to build a building product platform, but are also easy to maintain and replace and have the ability to scale with us.” Another feature that makes Blokable’s product different from other modular architecture, Miller said, is “the ability to stack Bloks up to five units high, whereas most modular housing can’t provide more than a second floor.” 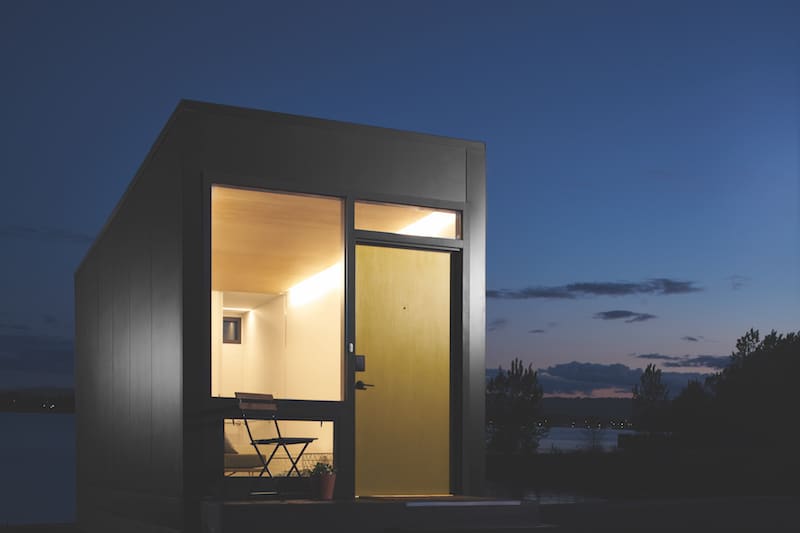 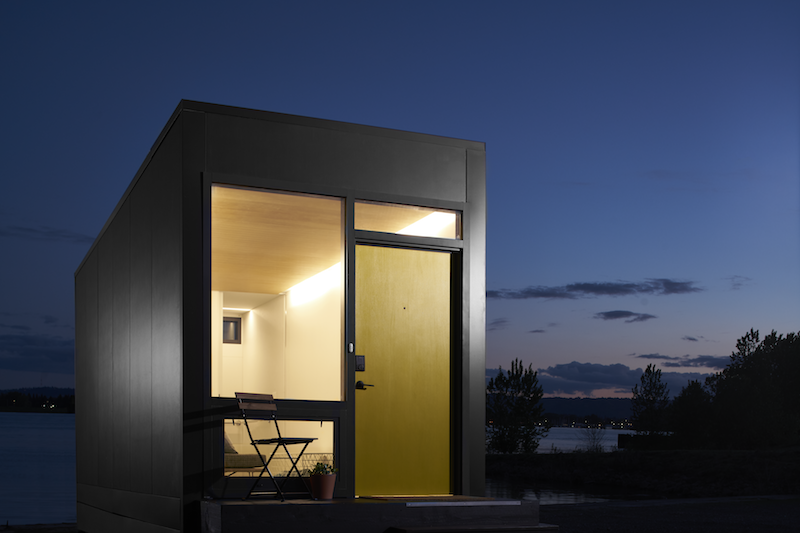 This capacity allows Blokable to build a range of offerings, from studios to market-rate apartment buildings, as well as affordable housing. “ The advantages we have over today’s traditional construction challenges is that we can produce 24-7, all year-round,” he said. “It is a stable production process versus construction sites, which deal with weather and other issues that delay the build.” The first Bloks rolling out of the factory are going to the Compass Housing Alliance, which provides housing to the homeless in the Puget Sound region. “Blokable is working with Compass Housing to install the first Blok in Edmonds, Washington, on a lot in a local church,” said Miller, adding this project will eventually consist of eighty homes, including studios, one- and two-bedroom units. “We’re excited to partner with the organization to create the groundwork for a first-of-its-kind housing community of entry-level housing in Washington.” Blokable had hoped to have the Bloks delivered in January, but decided to postpone delivery until late May or early June. “What we’re doing at Blokable has never been done before.

We’re creating an entirely new way to create housing at scale and investing heavily in (research and development) up front so that we can get it right the first time,” Miller said. “We decided to delay site work from January so that we could include infrastructure requirements for future phases of the project in accordance with the site’s master plan.” Blokables are also expected to be installed sometime this year in Auburn, as well as in East Palo Alto, California. Miller believes Blokable has the ability to make housing accessible and affordable for everyone in need. “When you look at the statistics in the United States and globally, the opportunities to provide people a dignified roof over their heads are incredible,” he said. “We think of the process as a holistic puzzle that needs to be solved.” Over the past few months, Blokable has been fielding calls from developers all across the West Coast. “ The need is out there,” Miller said. “Our job is to make it so that they’re easy to buy, and that we can meet the demand.

Superior Washington Housing Across The State