A personal essay on Spokane changes and it’s rebirth

Proud To Call Spokane My Home

I remember the moment I first laid eyes on Spokane. The city was a stranger and I was just a kid in Converse. A freshly minted 18-year-old, I was heading to Gonzaga University for my freshman year. It was 1993, Kurt Cobain was an icon, and I felt like I was on the brink of an awakening.

I chose Gonzaga and Spokane sight unseen. I never made the trek to check out the campus or the city before I arrived. I simply liked the way it looked in photos. I loved the idea of a Jesuit education far enough away from my strict upbringing in Alaska, yet close enough to still feel safe. Something about Spokane beckoned. I could feel it.

Descending out of the clouds on that unusually hot August day, I saw before me prodigious basalt thrusting out of prairies scrubbed by eons of wind. The sky was blue, the sun blistering the concrete of the runway. Apprehension and expectation churned, but I had a feeling about this place. It wasn’t until we drove east on I-90 that the city unfurled before me in the late afternoon light. My breath caught.

Old brick buildings, mixed with new, filled the downtown landscape. An air of neglect hung thick, but I was still smitten, still intrigued. is city had a story to tell, it had been something once, it had an energy as strong and thundering as the falls roaring through Riverfront Park. I could hear the whispers of history in the old buildings, many boarded up, as I walked the downtown streets looking around. I liked seeing what it had been and imagining what it could be. I liked the bones of this place. It was an old beauty showing signs of age, underrated and continually dismissed by bigger Pacific Northwest cities, but this place had potential.

I made a point of sticking around Spokane once I graduated. I liked that feeling of being a part of something on the brink of greatness, and I wanted to see how the story played out. I wanted to be part of the story. This city had long felt on the verge of breaking through, experiencing an awakening of its own.

Unlike the cataclysmic glacial floods that shaped the natural landscape, Spokane’s rebirth has taken a slower pace, and I’ve stuck it out. It was well worth the wait. You can feel the hum of energy as forward-thinking visionaries have stepped up and saved historic buildings. People have been willing to take a risk and invest in Spokane. Inspired, adventurous menus are now a mainstay in restaurants. Gone are the boarded-up windows. Sun glints off shiny glass where wineries, craft breweries and bustling shops do business. The arts and music scene thrive. Residents and visitors alike share in the dividends of all the investment. Twenty- five years later, Spokane’s story is part of my story. I’m proud to call this place home and I invite you to come experience it for yourself. This city is wide awake. 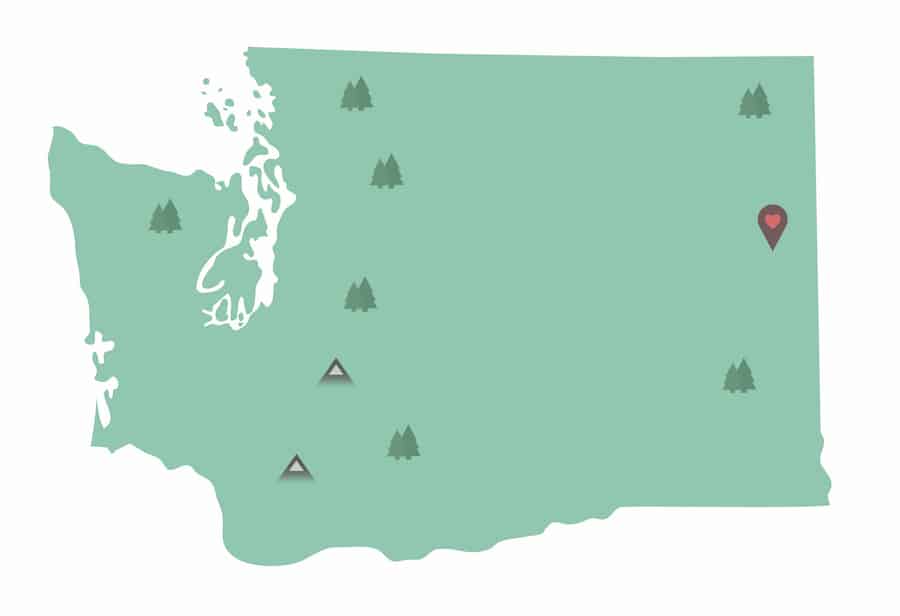