Standing on the north edge of Lake Union beneath an azure sky—mighty Rainier rising behind the Seattle cityscape, synchronized rowers slicing across the water—University of Washington men’s crew coach Michael Callahan is a familiar figure.

UW’s men’s rowing team has an especially rich history. In 1903, at a time when Seattle desired to be more than a pioneer town, an estimated 5,000 people showed up to witness the first intercollegiate rowing race between California and Washington. The legacy of UW rowing is among the world’s elite with legends such as hull-maker George Pocock and coach Al Ulbrickson. Husky Crew teams have won countless championships, including forty-two Olympic medals. 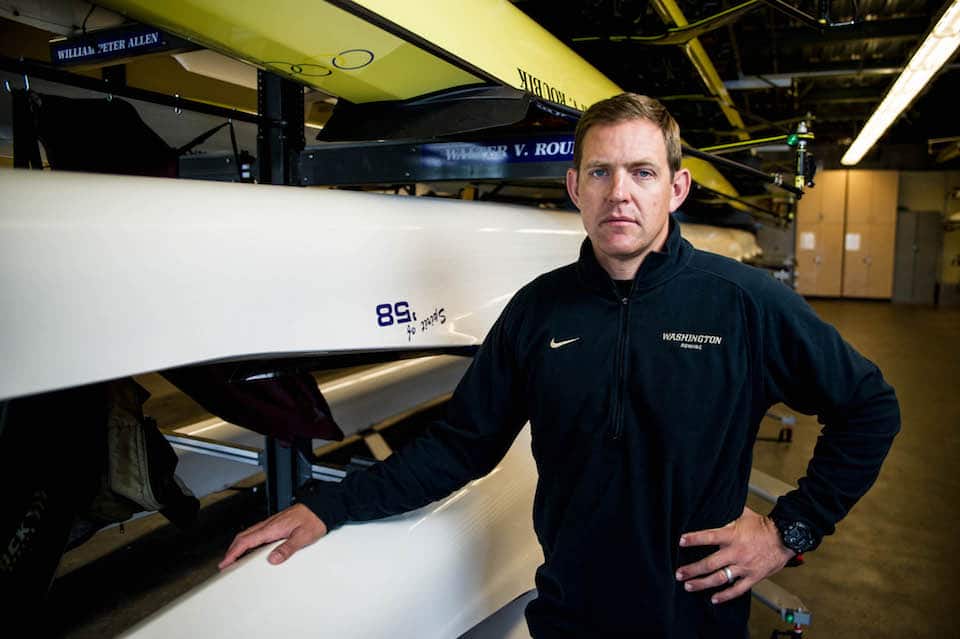 Callahan, now in his twelfth year at UW and eighth year as the head coach of the Washington men’s team, helped establish Husky Crew as a modern force in world rowing. Before coaching, Callahan built his own impressive résumé on collegiate, national and Olympic rowing teams (he graduated from University of Washington in 1996).

Among Callahan’s feats—in June 2015, the Washington men’s crew made history by winning their fifth straight and eighteenth overall IRA National Championship and ninth straight Ten Eyck trophy, an achievement previously unseen in collegiate rowing. Callahan has now led the Huskies to five straight national championships, six during his eight seasons. Thirteen of his rowers have gone on to become Olympians.

Callahan, who thinks his team would describe him as “challenging, passionate and fair,” has received praise for pushing his athletes in academics as well as on the water. In spring 2014, the Husky men’s crew had the highest team GPA of UW’s large sports teams. “We talk about excellence being fluid—we expect our student-athletes to be passionate and push themselves in multiple areas,” Callahan said. “Interestingly, our best athletes also tend to be our best students.” 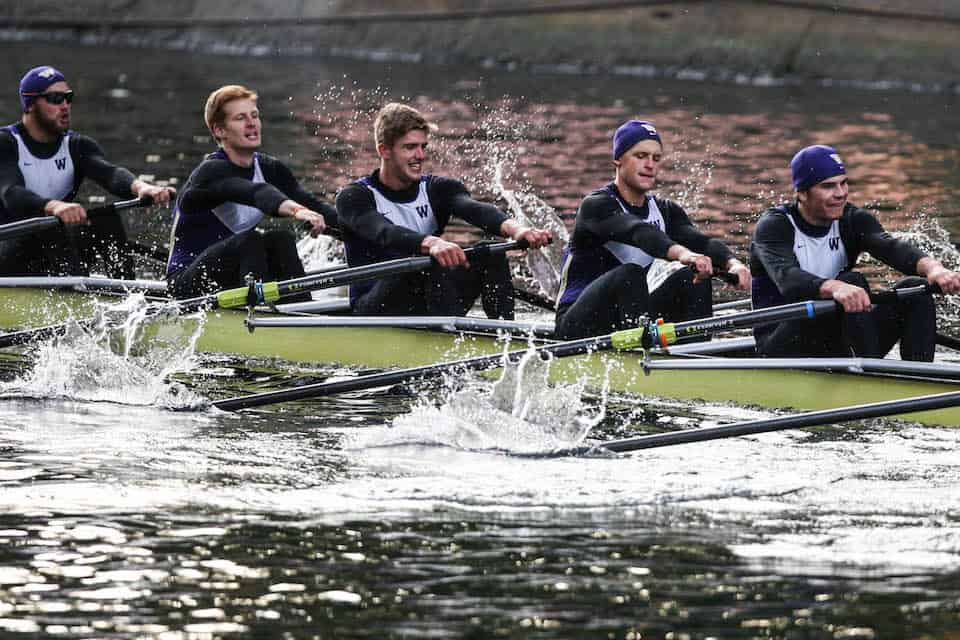 Pondering this year’s outlook, Callahan is optimistic, though the team graduated a large group of talented seniors. “Even with this youth, we have high hopes for them and expect that we will once again be competing for a national championship,” he said.

The most trying part of Callahan’s job is the constant evolution. “The challenging and rewarding parts of the team come hand-in-hand,” Callahan commented. “Because each team is different, I find myself constantly having to adapt and tweak our process, which causes a lot of self-reflection. This constant change and adaption is tough but also very rewarding.”

After twelve years of soggy training and racing, his spirits are undiminished. “There aren’t many experiences that beat being on the water at sunrise on a clear day… or even on a rainy day!” he said.