“Thrift Store” may have put the hip-hop duo Macklemore and Ryan Lewis on center stage, but behind the scenes, it was not all rock star glamour for the Seattle-based artists. Somewhere between bringing home a handful of MTV Music Video Awards, Grammys, and promoting gay rights, Ben Haggerty (aka Macklemore), Lewis, and Lewis’ family, launched a highly personal initiative—the 30/30 Project. The nonprofit is building thirty health centers in underserved communities around the globe in honor of Lewis’ mother, Julie Lewis, and her thirty-year journey of living with HIV.

“A huge part of what’s made me who I am, is something I haven’t talked about in interviews,” said Ryan Lewis in a poignant video on the 30/30 Project website. “If I could just take a few moments of your time, I’d love to tell you about the strongest woman that I know, my mom, Julie Lewis.”

In 1984, Julie Lewis contracted HIV from a blood transfusion given during a complicated delivery of her oldest daughter, Teresa—one year before medical facilities in Washington began testing blood donations for the virus. She wasn’t diagnosed until more than six years later.

The Lewis family was living in Spokane at the time. Teresa was 6, Laura was 4 and Ryan was 2. Doctors gave Julie no more than five years to live. She didn’t expect to see any of her children get

out of grade school, much less graduate from high school.

“I felt overwhelmed,” said Julie. “I lived in denial, not thinking about it too much so that I could try to enjoy each day that I was with my family.” 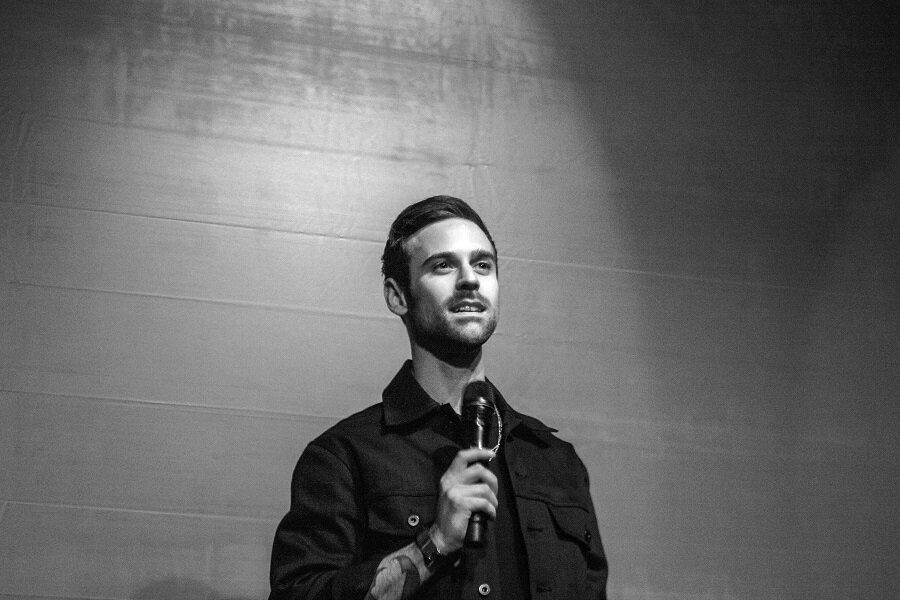 If I could just take a few moments of your time, I’d love to tell you about the strongest woman that I know, my mom, Julie Lewis.

At birth, Lewis had a 25 percent chance of contracting the disease, but luckily, he, his sisters and father were spared from the virus. If a mother is being treated, the risk of passing HIV to her baby decreases to 2 percent or less.

Until recently, Julie’s diagnosis was a fatal virus ticking slowly away in their minds. They didn’t talk about it much. Today, three decades later, Julie Lewis is healthy primarily because she has access to expensive antiretrovirals, a medication that halts the growth of HIV in cells. Just one month’s supply of a typical antiretroviral drug costs more than the annual income of most Malawians.

Last March, with the thirty-year anniversary of her mom’s diagnosis, Teresa Lewis wanted to do something to celebrate the milestone. At first, Julie was reluctant to celebrate, though she regularly confronted the disease as part of the Spokane HIV/AIDS Speakers Bureau. She did, however, feel an enduring need to acknowledge the people who’d died from HIV and AIDS, as well as the more than 35 million people now living with HIV.

One day in late 2012, an image of women in northern India building a hospital caught Julie’s attention while she was attending an event at Microsoft on behalf of Construction for Change. That photograph smoldered in her subconscious until it sparked an idea: to provide HIV/AIDS healthcare access to those who didn’t have it. Julie decided to build one health center in Malawi, Africa. Her son countered with the idea to build thirty HIV care centers.

To make that vision a reality, the Lewis family and Macklemore teamed up with Construction for Change, a Seattle-based nonprofit that works with local leaders in such countries as Cambodia, India, Kenya and Zambia to build clinics, community centers and schools. Julie had volunteered for the organization for the past three years, so it seemed a perfect fit.

Putting star power to good use, the trio of partners raised more than $150,000 last May in a crowd-funding campaign to build a clinic in Nsambe, in the Neno district of Malawi, where one in ten people have HIV.

We believe that healthcare is a human right. We have the knowledge and we have the treatments. Life threatening diseases like HIV/AIDS can be managed. What people need is access.

The first center opened in January and now provides care for patients with HIV, tuberculosis and malaria. “There aren’t a lot of options in Malawi,” said Lewis. “A lot of people with HIV are forced to cross the border into Mozambique to seek services.” Lewis estimates that the medical facility, given its busy location, will provide free healthcare to roughly 50,000 patients per year. She hopes to have funding for all thirty centers by 2018.

“Every mom out there deserves to have access to cutting-edge healthcare like my mom does,” Teresa Lewis wrote in her blog, The Things We Would Blog. “I only dared to dream as a young girl that she would live to see my life as an adult, and it’s hard for me to describe how grateful I am … thirty years later. It’s time to pay it forward.” 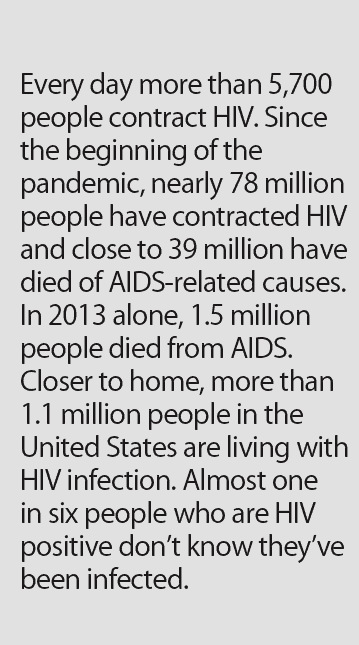 The HIV epidemic, however, is far from over. Improving access to treatment, testing and prevention strategies is helping to change the course of the virus. “If you can prevent a disease, you’re ahead by a long shot,” Julie Lewis said.

What started as one small deed has grown into a symbol of hope for so many. “It is very rewarding to take something like HIV/AIDS that has been very hard for me and my family and use it as a platform to help others in this way,” Julie said. “My hope is that the clinic is only the beginning.”

From our partners at OnTrak Magazine.